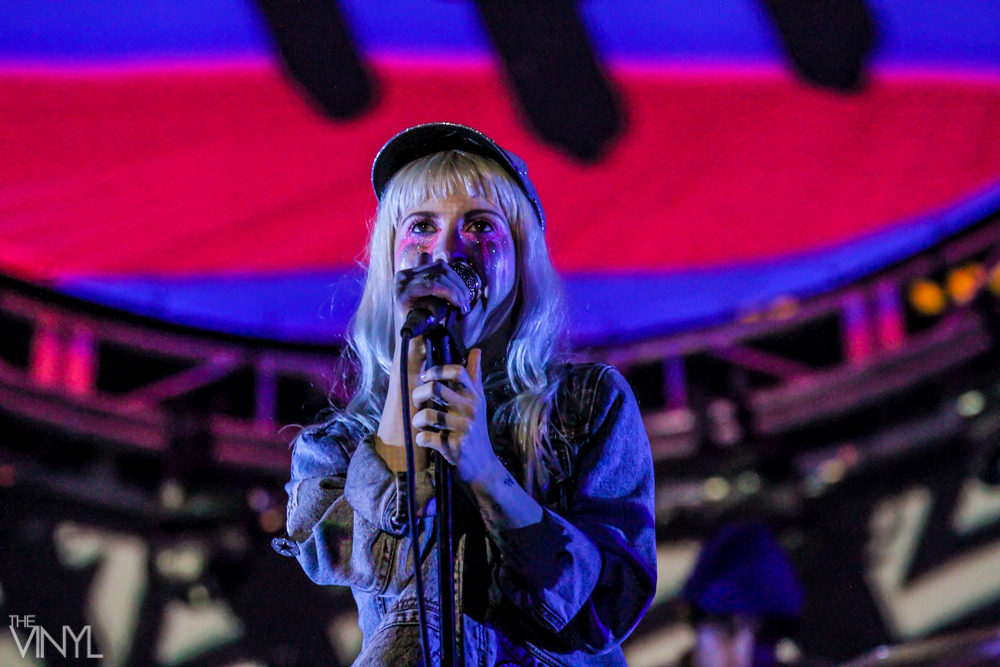 This past week we had the opportunity to see Paramore on their homecoming to Nashville. Paramore played to a sold out crowd at the historic Ryman Auditorium aka “The Mother Church”. Fans flooded into the Ryman to get to their seats and get their hands on one of the limited Hatchshow print posters sold exclusively on the night of a show.

As fans began to take their seats and the beginning of “Hard Times” began to play and Paramore took to the stage. The auditorium let out an loud roar and began to sing along. Paramore’s Tour Two is not only visually stunning but is an sensory overload for fans. The band has included an amazing set for both old and new fans to Paramore. They played such hits as “Still into You”,”Daydreaming”,”Brick by Boring Brick”,”Misery Business” and “Ain’t it Fun”. As if some of the fan favorites were not enough the band even included a cover of Fleetwood Mac’s “Everywhere”. Paramore played three songs during their encore including “Caught in the Middle”, “Scooby’s in the Back (Halfnoise Cover)” and ending with “Rose Colored Boy”.

Make sure you check out Paramore’s newest release After Laughter