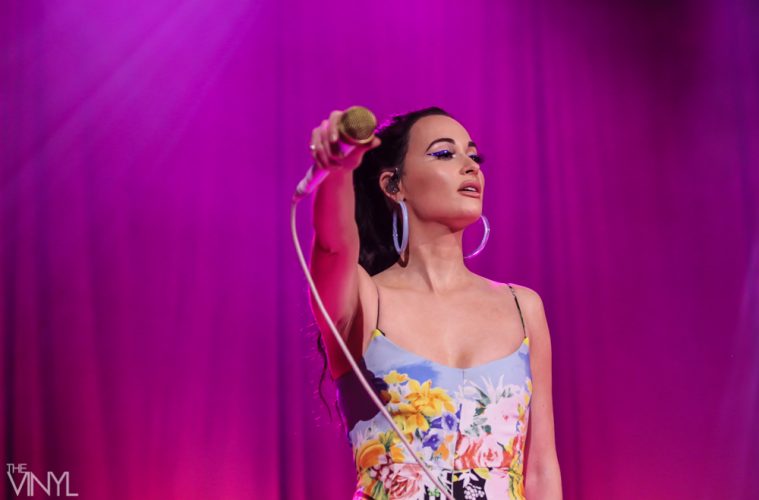 Kacey Musgraves has become an household name after her four Grammy wins this past February. Kacey took home Album of The Year for the release of Golden Hour  her fourth studio album. The country songstress brought her Oh What a World Tour home to the mother church The Ryman Auditorium for not just one evening but FOUR SOLD OUT nights!

Music City came out to show their support for the singer in full force. Fans were dressed from head to toe in their glittery duds. We were lucky enough to catch night 2 of the festivities. Some fans we spoke to said they had traveled from all over to witness such  an historic event at The Ryman.

As fans took their seats the auditorium lights dimmed as the beginning of Slow Burn began to play. Kacey emerged from the center of the stage as lights framed her silhouette the audience applauded. The evening opened with several of the Grammy winners hits including Wonder Woman, Butterflies, Lonely Weekend, Merry Go Round and High Time. Taking in-between songs Kacey took time to introduce her band and talked about Nashville being her second home. Before starting  into the next segment of the show the audience began to chant” FOUR GRAMMYS! FOUR GRAMMYS! FOUR GRAMMYS!”Kacey in awe then stated because “Because we are in the south, I’d like to try something!” She then asked that when she said “YEE, the audience say HAW!”. We are pretty sure you could hear that chant all the way up to Dollywood!

Rounding out the evening Kacey played a cover of the hit song Crazy(Gnarls Buckley Cover) all of the sudden the lights illuminated behind her as Cee Lo Green appeared and the entire audience let out an loud scream. It was a more country version of the song as the two danced around the stage. As Cee Lo bid the audience farewell, it was time for this fun filled evening to come to a close. Kacey closed out the evening performing her latest single Rainbow and her hit High Horse. As the final notes played and Kacey took her final bow the entire room gave a well deserved standing ovation to this Grammy winner. Musgraves truly knows how to entertain and it truly proves what a world it was. We have to say there is a new country queen in town and we cannot wait to see what is next! 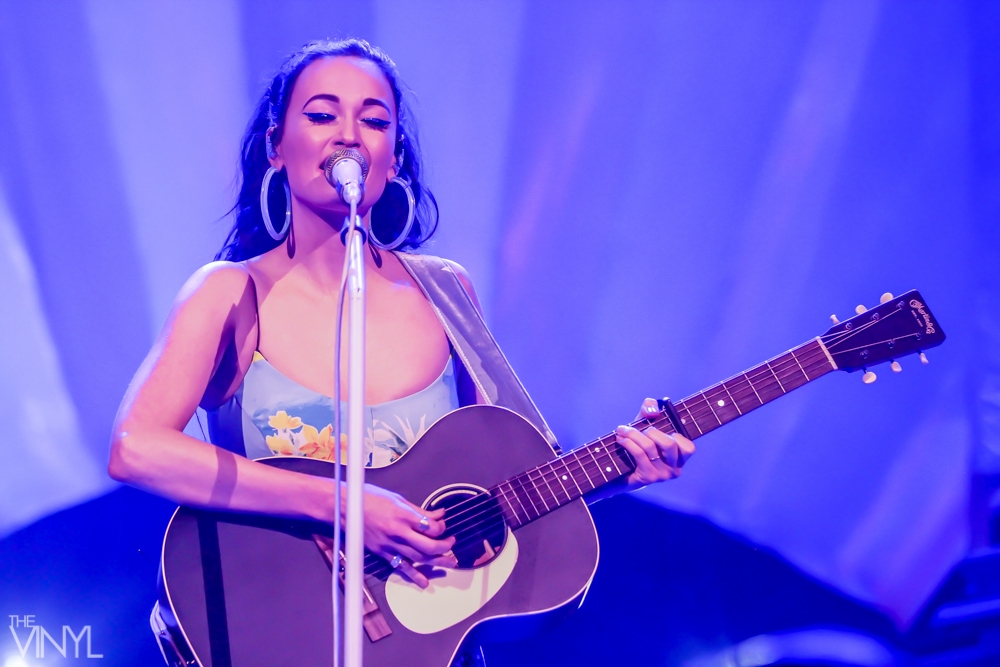 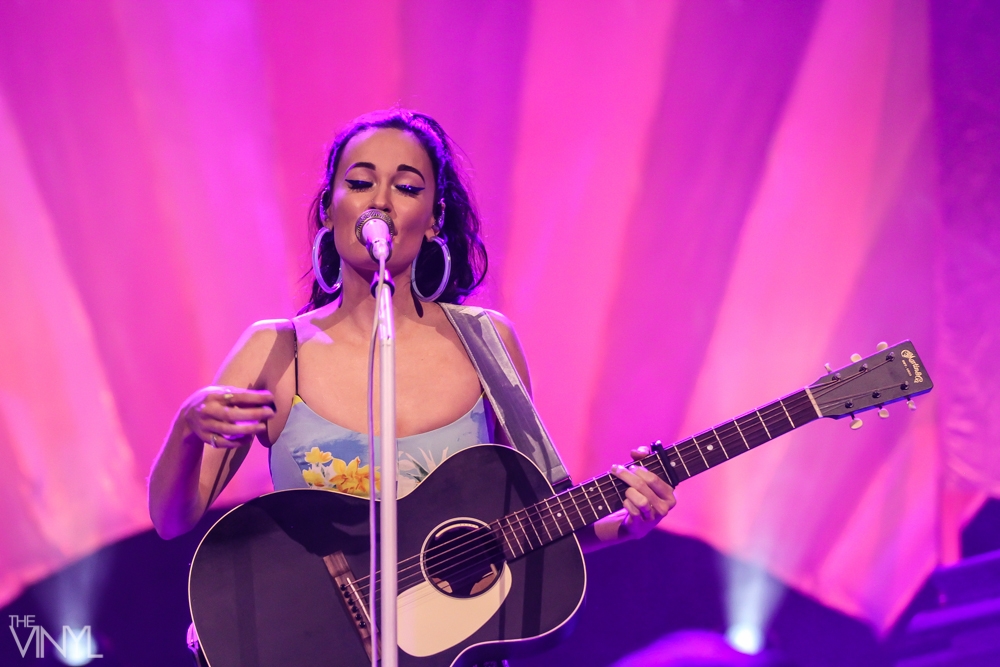 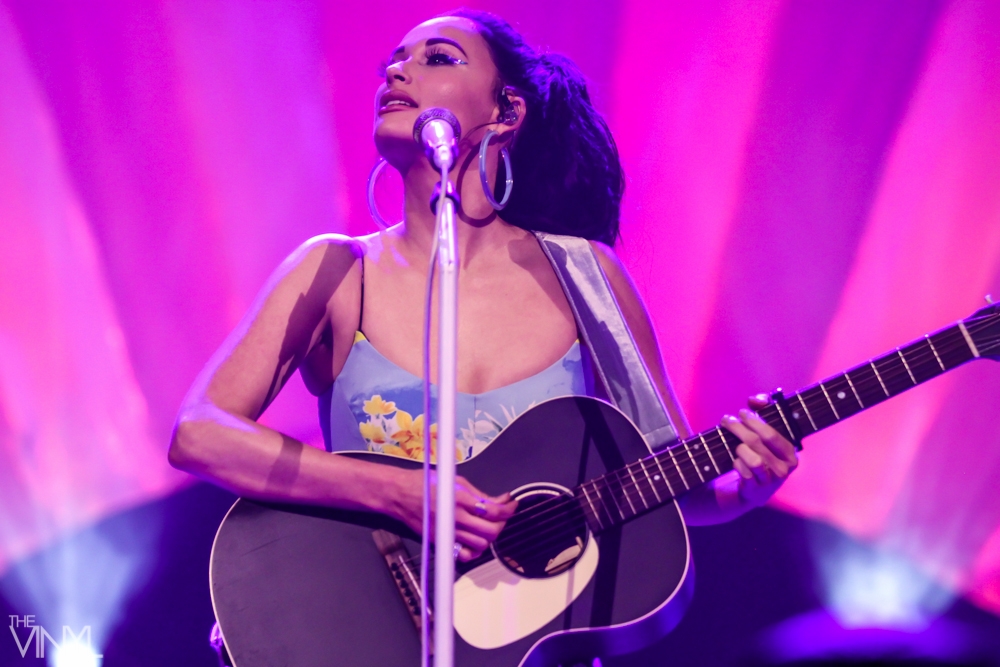 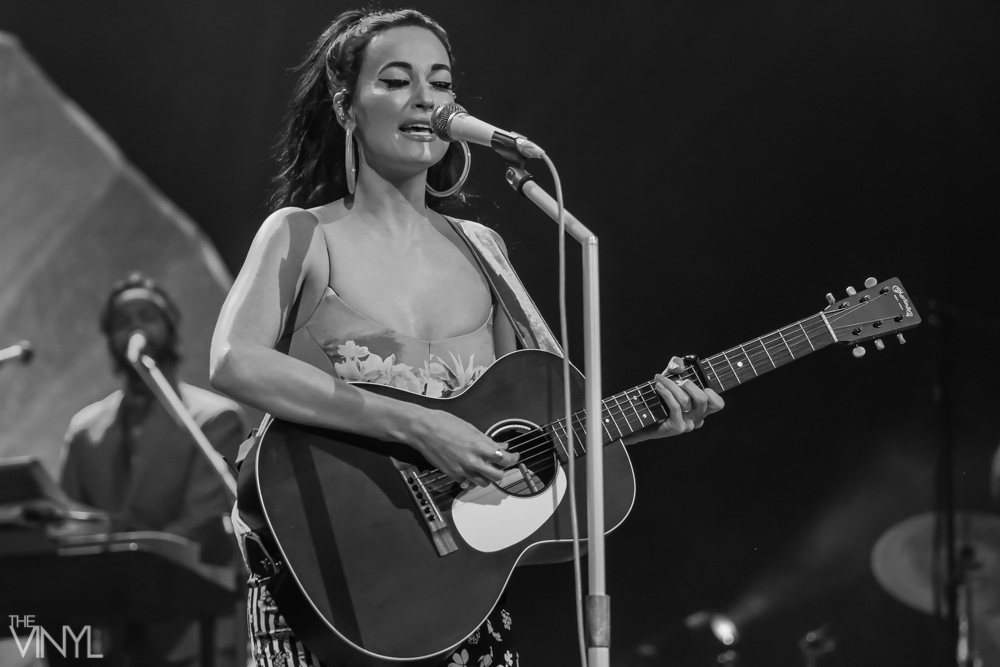 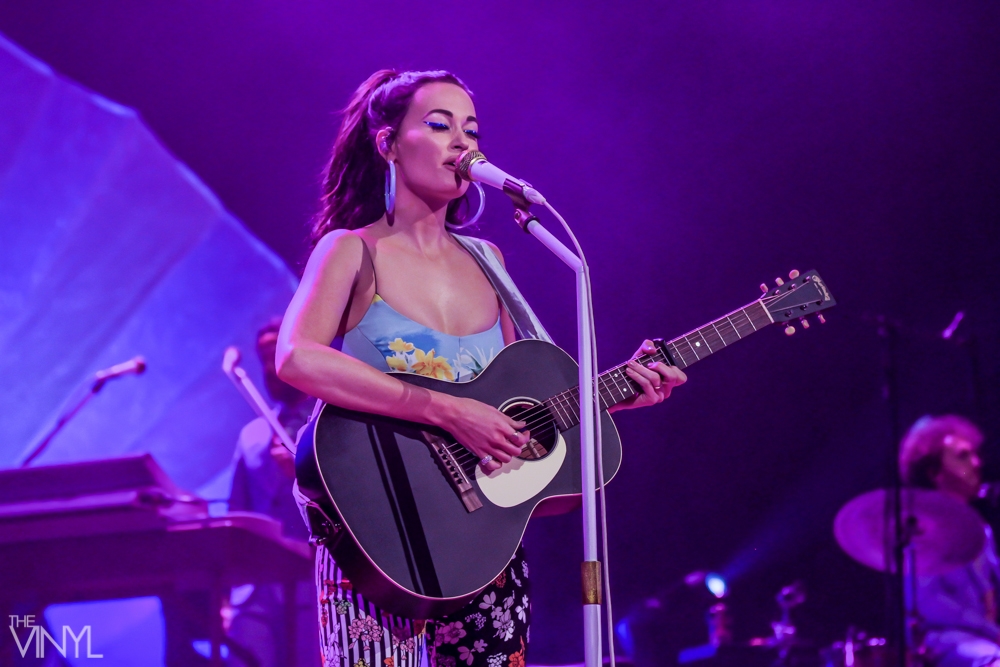 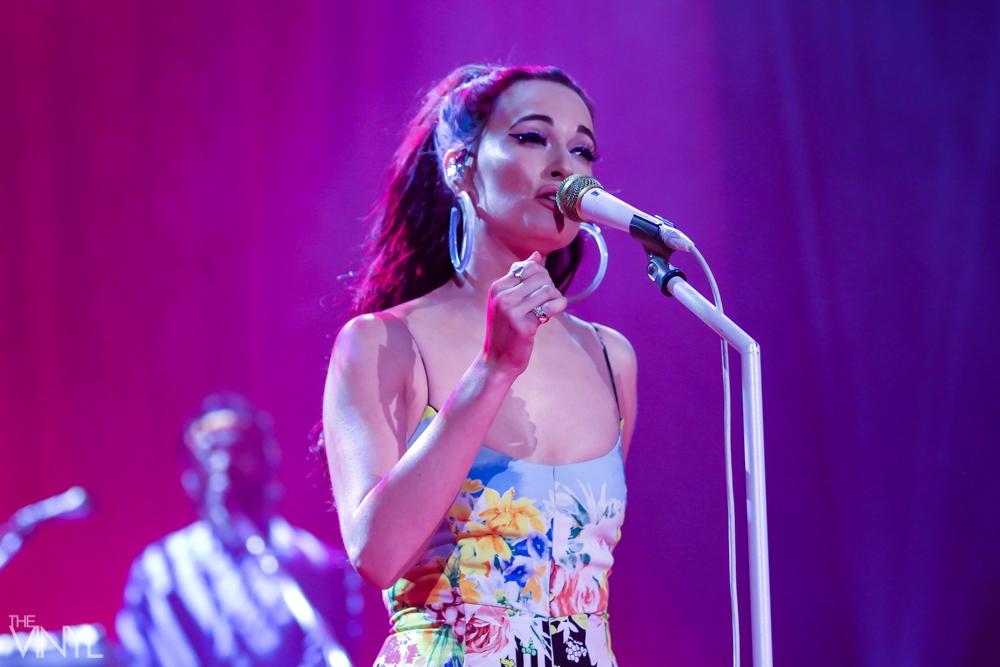 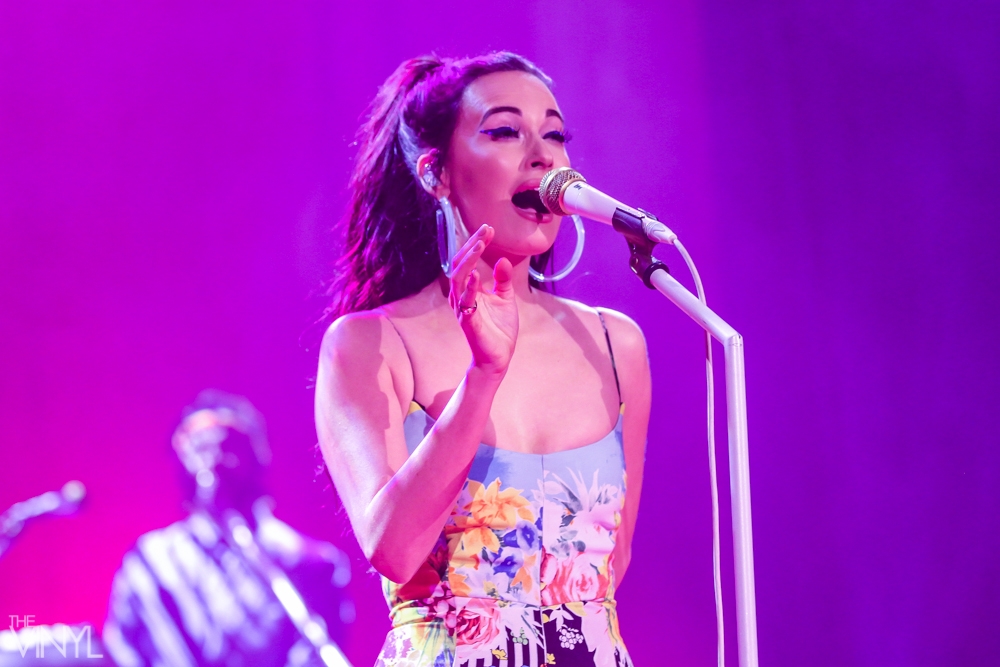 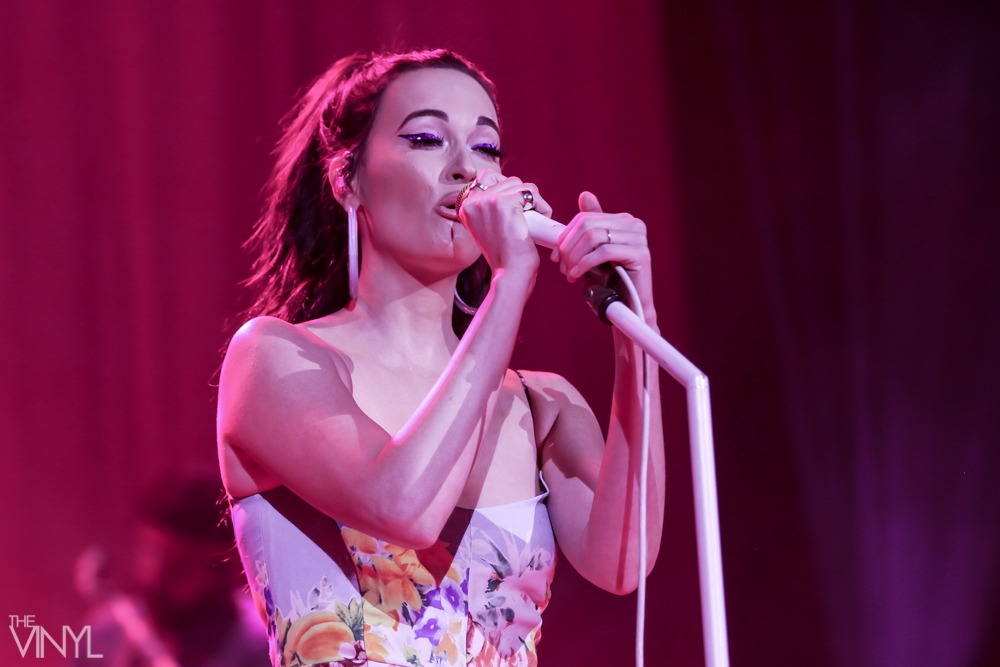 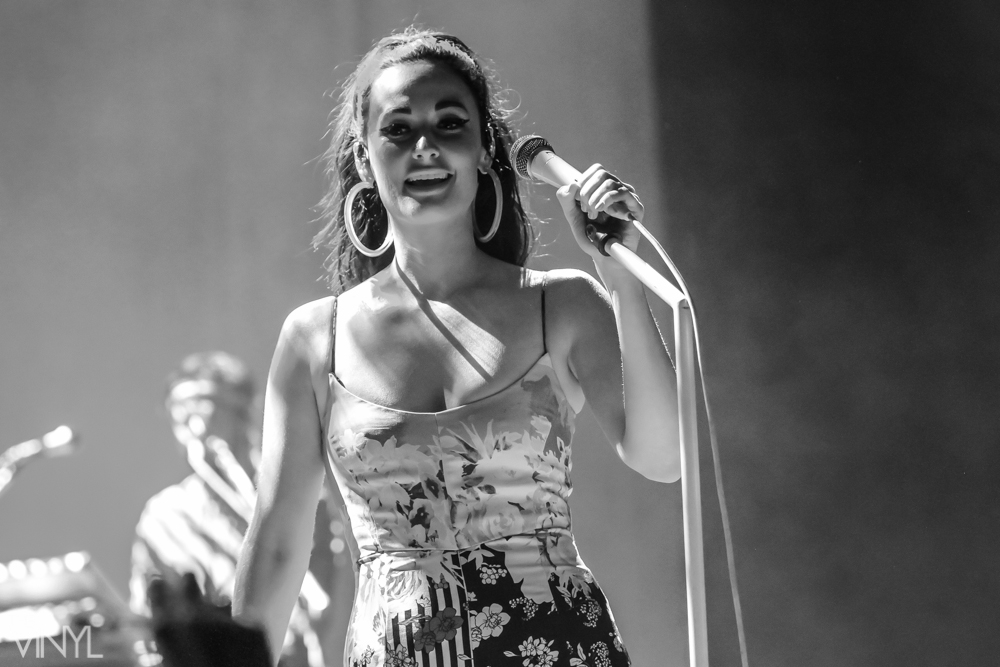 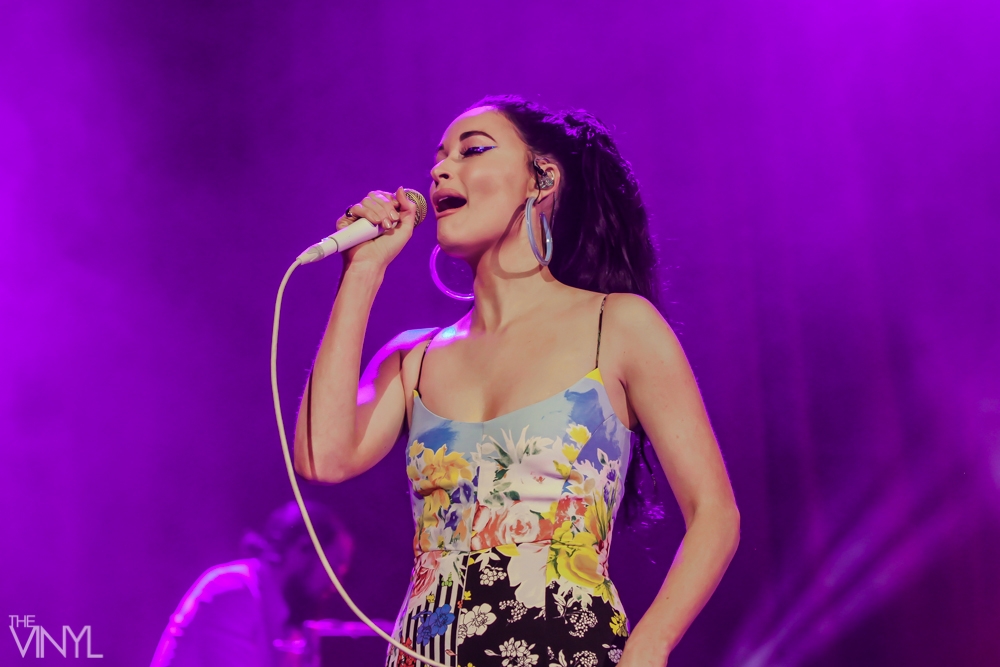 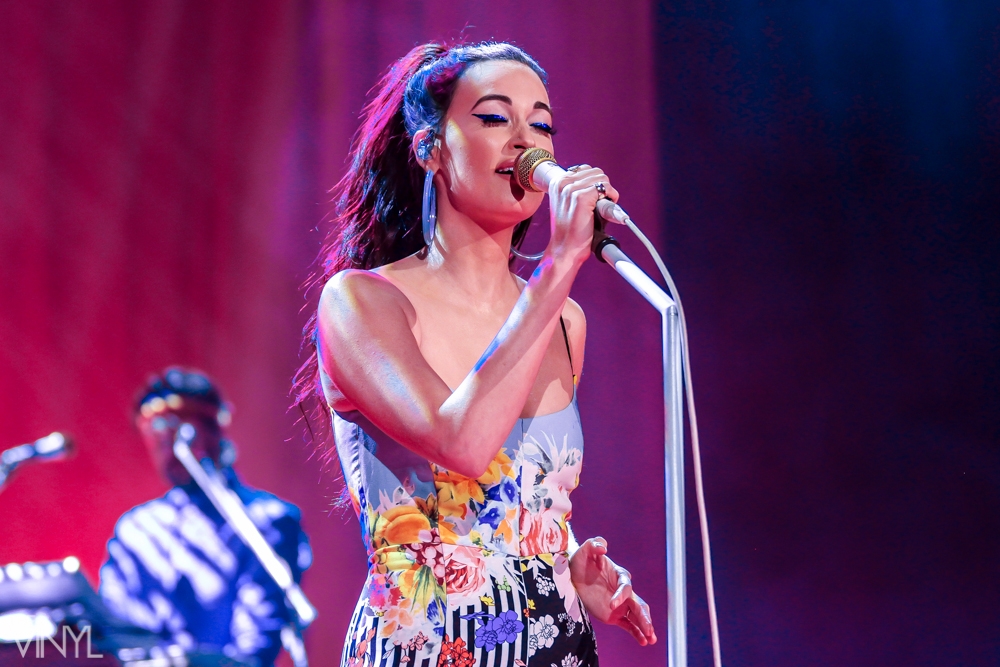 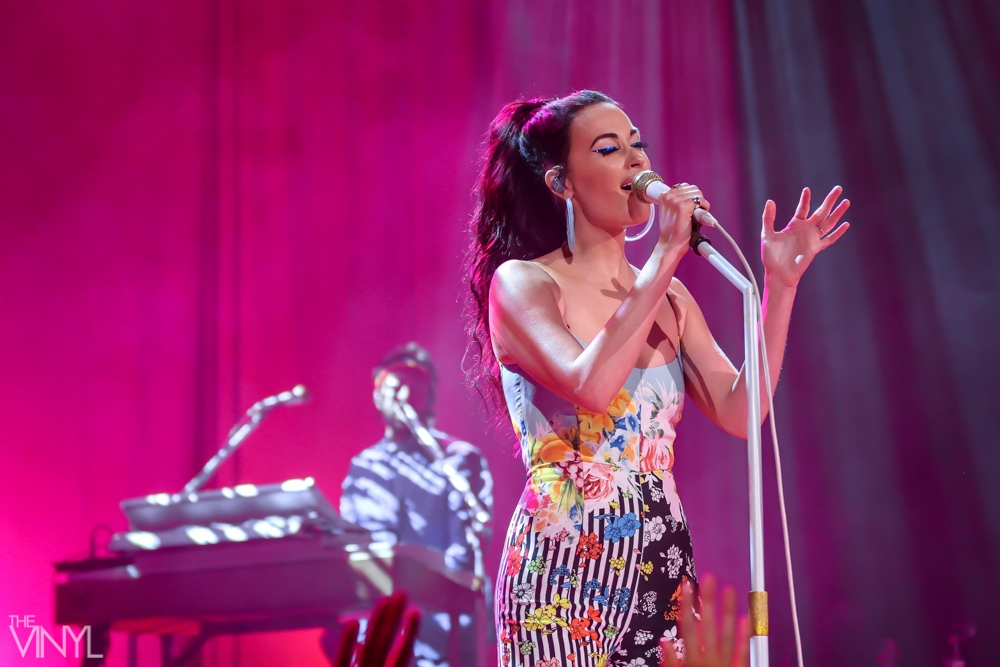 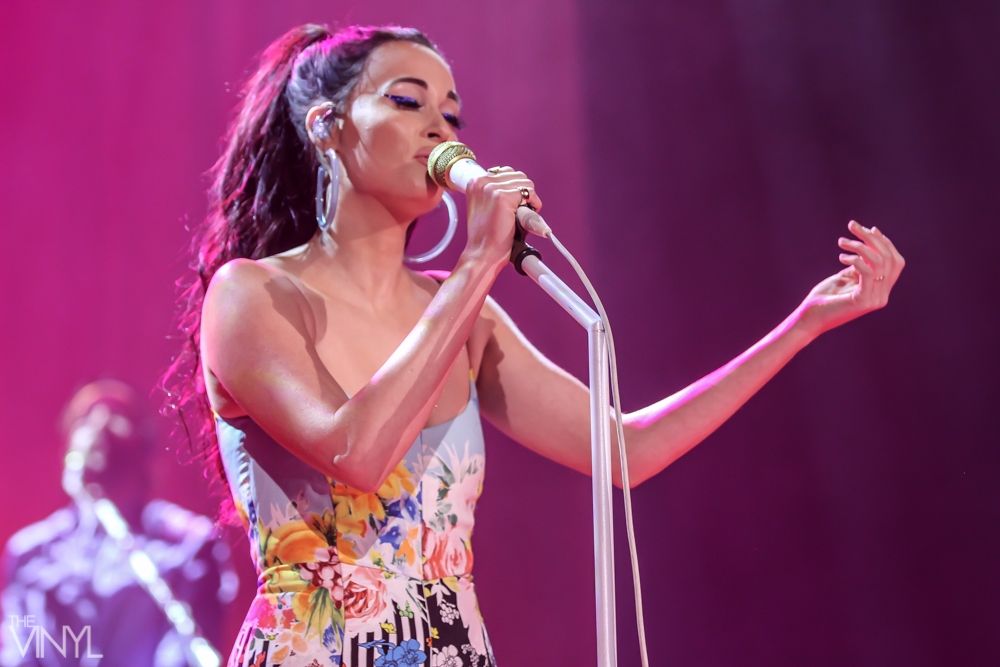 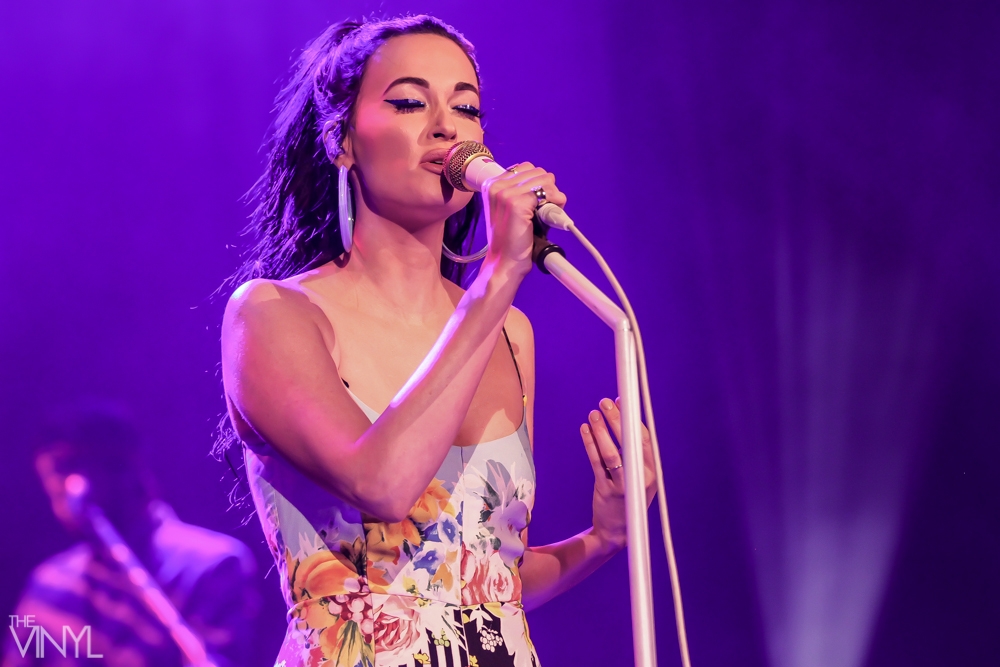 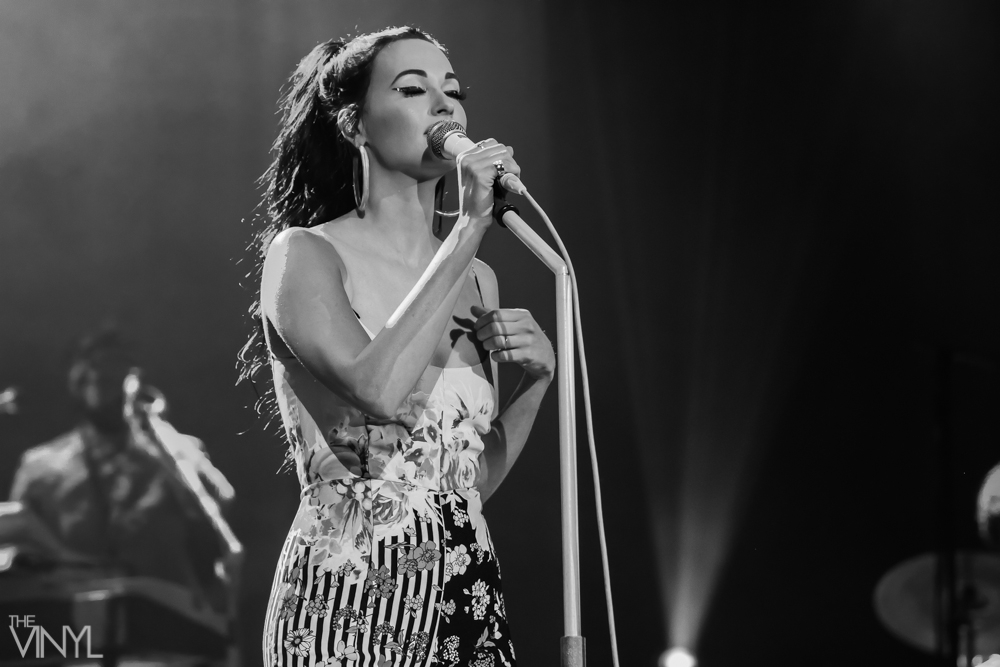 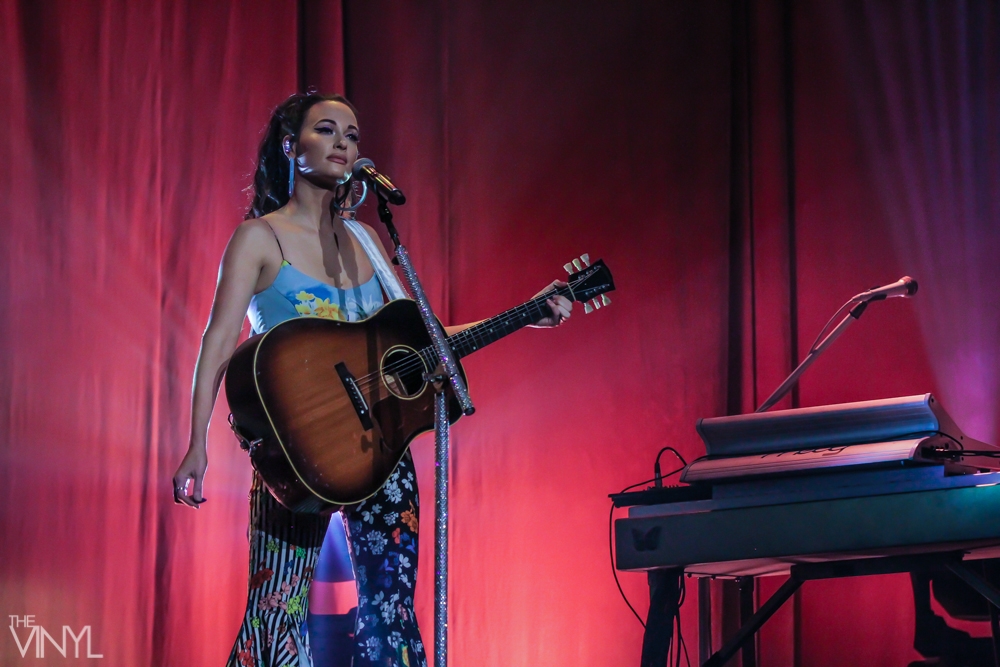 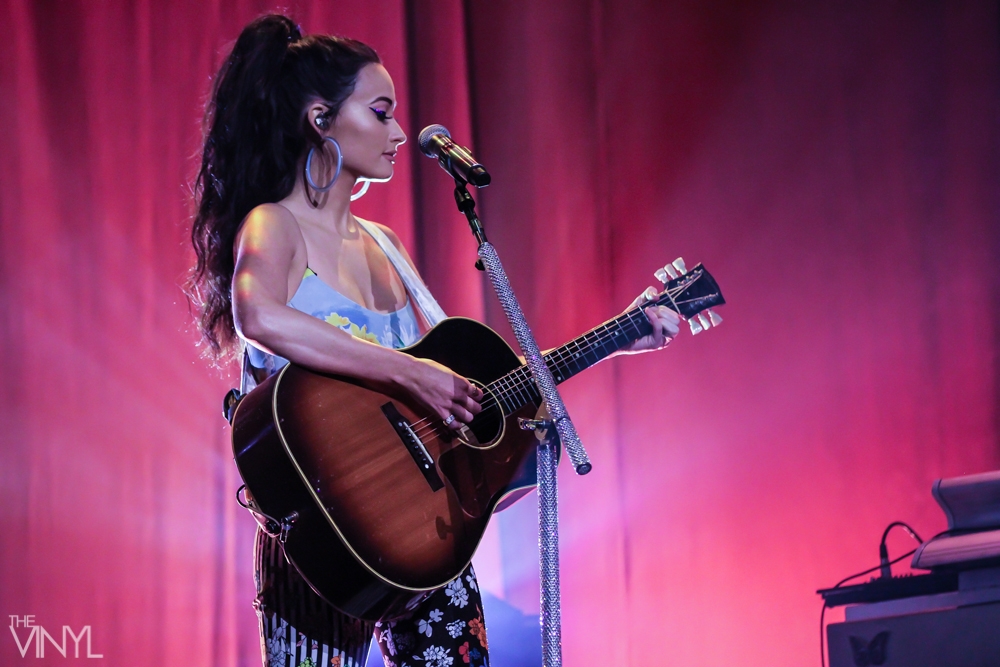 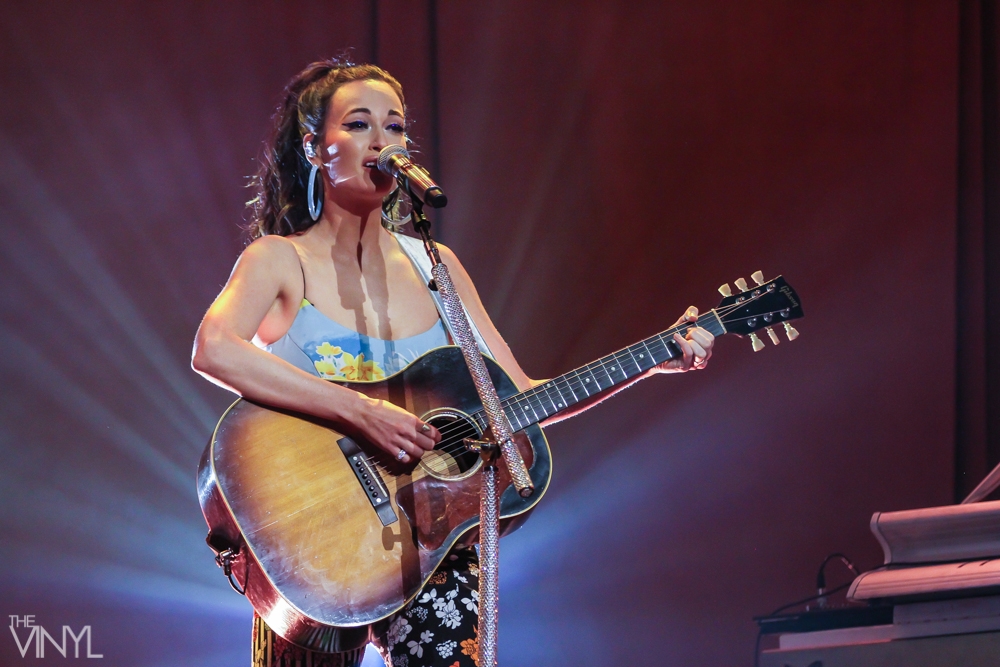 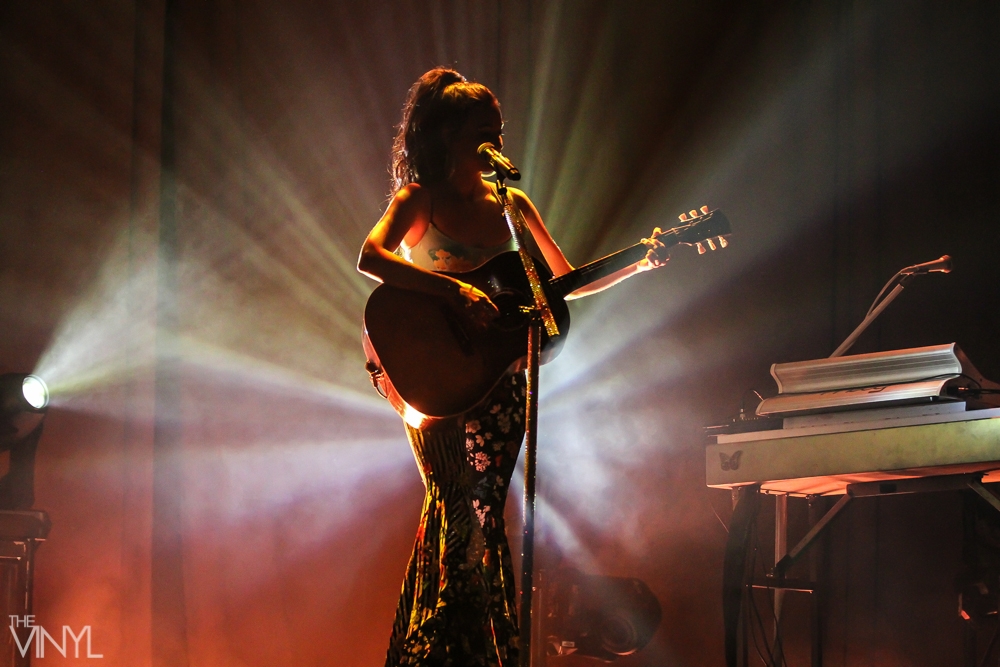