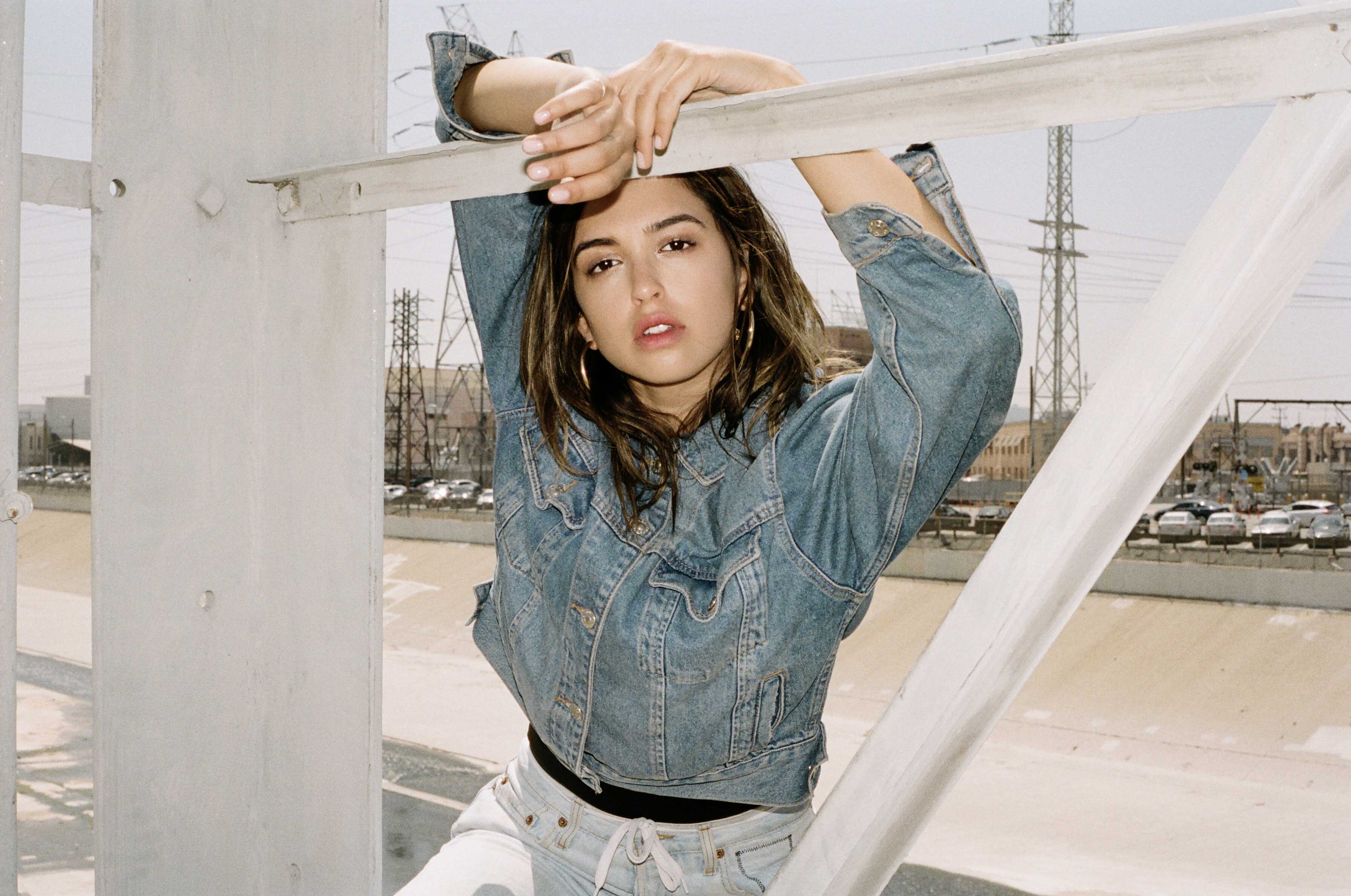 Jess Kent, an singer-songwriter from Australia took the time to sit down to answer a few exclusive questions about her career, some dream collaborations and whats in store for her future in the music industry. Kent is known around the world because of her debut single Get Down as well as for being an opening artist for some big names in the industry such as Coldplay and Troye Sivan. Kent also just released TWO new singles this year; Bass Bumps and No Love Songs! Check out below what Jess had to say!

The Vinyl: For those who aren’t familiar with who you are mind giving us an introduction?

Jess Kent: I’m a pop artist from Sydney, Australia, grew up playing guitar, listening to hip hop and electronic, and I write a LOT. My music is an eclectic time capsule of what’s it’s been like growing up in the digital age, traveling, finding my voice amongst the noise, figuring out my identity. I want female artists to be free to write about whatever they want without the pressures that men don’t have to deal with and as a songwriter I feel the responsibility as a new artist to carve out new space for what that can mean.

The Vinyl: What/who inspired you to choose this career path? Who/what are some influences?

Jess Kent: I’ve always written (stories/ poems/ lyrics) and played in bands forever. But I used to watch huge pop artists and storytellers like Michael Jackson, Lauryn Hill, Peter Gabriel, people who were brave enough to create their own worlds with their music and push culture forward. When I was young I loved Blondie, Gwen Stefani, Alanis Morrissette.

The Vinyl: Your career in the music industry as a songwriter/producer began back in 2015/2016, what made you think that was the right time to dive right in and how did you know this is what you truly wanted?

Jess Kent: I had written a semi tongue-in-cheek song in my bedroom called Get Down about growing up in the suburbs and the struggle of everyday life, which I uploaded online and to my surprise it got added to radio in Australia and went to #1 after a few weeks. That led to touring the EP and getting signed. So in a way I kind of fell into it- if you asked me in 2015 where I thought I’d be right now, I’d be blown away to think I’ve just finished my debut album and first US release!

The Vinyl: So far you have two singles and an EP (My Name Is Jess Kent), and you also just dropped two new singles “Bass Bumps” & “No Love Songs”, do you have any plans on releasing a record anytime soon?

Jess Kent: I’m so excited that it’s finally time to share the new music with the world. I’ve grown into the music and I know my sound and what I have to say now. There will be a record, and this time I’m going to give you a whole world to dive into..

The Vinyl: What is your writing/creative process like? How do you keep music “fresh” and up to date with what people are listening to now a days?

Jess Kent: I try not to think too much in the studio, I just go in with how I’m feeling, what I’ve been listening to and what I’ve been inspired by. It’s always a super personal process and a combination of drawing from influences and also trying out stuff that is taking risks and carving out my own space. That’s very important to me.

The Vinyl: How do you think social media is changing the way artists put out their music & also interact with their fans? What’s your thoughts on streaming music vs going out and actually buying physical copies/buying and downloading digitally?

Jess Kent: Ok I think we’re in a SUPER exciting time because artists have more control than ever over how their fans experience the music. We can now also use music as a vessel for communication about ideas, vibes and issues that we want to start a conversation about. That being said, as a fan myself I still love to go out and get the vinyl of an album I want to keep forever!

The Vinyl: You’ve toured with some pretty big names in the music industry such as Cold Play, Troye Sivan etc, what was that like for you? Do you have any future tours lined up whether it’s headlining/co headlining or supporting?

Jess Kent: I’m so so lucky to have had some of the opportunities I’ve had. I’ve been watching and listening so that now I’m able to craft my show into my own unique vision

The Vinyl: This a question you probably get asked a lot, but if you could collaborate with anyone on future projects who would you choose and why?

Jess Kent: I’d love to get in with Kendrick, Pusha, Posty, I’m dying to get in studio with Mark Ronson, Kevin Parker, and I’d love to collab with some strong females like Ariana, Dua Lipa, Halsey… the list goes on…

Jess Kent: This album is the love child of years of building and crafting. It means the world to me. Not a stone was left unturned in making this the most personal, vulnerable but also brave piece of work I’ve made, and I’ve taken some risks in carving out my own lane in finding a voice for anyone coming of age, finding their identity and all my powerful ladies out there ! Could not be more grateful for all the love and support so far and I’m so excited to share what’s next !

THANK YOU JESS FOR TAKING TIME OUT OF YOUR DAY TO ANSWER A FEW QUESTIONS FOR US!!