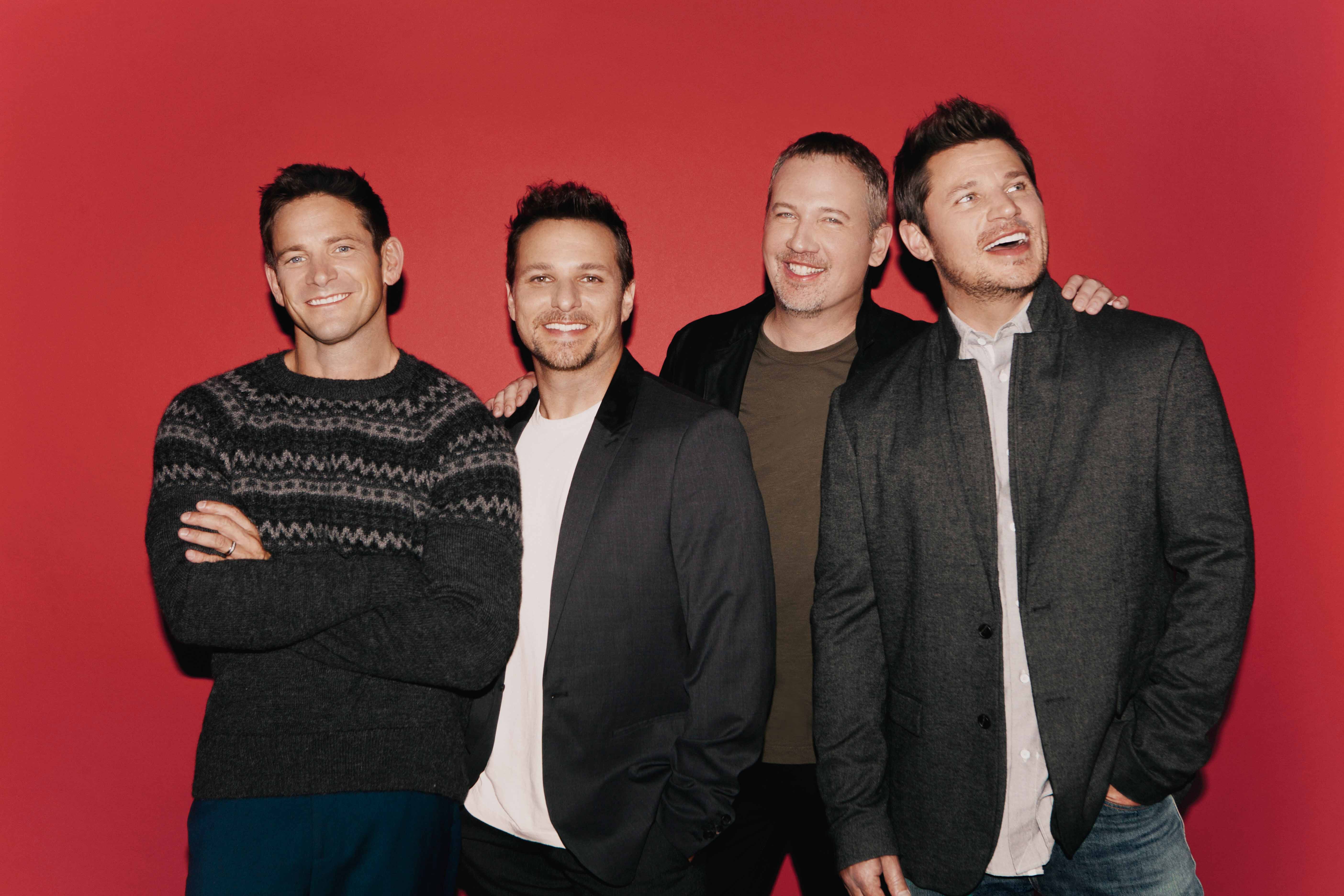 alyssa howellNovember 28, 2018
CoverageGo LiveInterviewsSpotlight
The Vinyl brings you an exclusive interview with Jeff Timmons of 98 Degrees. Just last year, the quartet released their first full-length Christmas album a little over  18 years, Let It Snow. The album featured the group’s signature R&B-tinged, melodic harmonies throughout following up to their 1999 multi-platinum selling This Christmas.  Timmons has recently teamed up with the  members of Backstreet Boys and the former members of  ‘NSYNC for VH-1’s Mission Man Band as well as Nick Carter’s Sci-Fi feature, Dead Seven. See what Timmons has to say below!!

The Vinyl: I’m sure many fans know who you are but for those who aren’t quite familiar, mind giving us a short introduction?
Jeff Timmons: We are a pop/R&B group that emerged in the late 90’s/early 2000’s. We were originally signed to Motown Records, and eventually upstreamed to Universal. We’ve sold between 10-15 million albums worldwide.
The Vinyl: Yourself and the rest of 98° just embarked on your second  holiday tour promoting “Let It Snow” how has that been going?
Jeff Timmons: The tour has been amazing! We’re having more fun than ever, and now are doing it for the second time. The response this year is even better than last year. We’re having a blast with the fans.
The Vinyl: Last year‘s tour with such a hit, what makes this tour different than last year‘s tour? Different production? What does this tour have that would draw in fans to come see the show vs last years?
Jeff Timmons: This year we’ve added some different songs, it’s a bit more theatrical, as well. We’re engaging the audience even more, and of course we include all of our hits, as well as Christmas classics from both of our studio albums “This Christmas,” and “Let It Snow.”
The Vinyl: What is your favorite Christmas song to perform and why?
Jeff Timmons: I love our original from last year “Season of Love.” The song was a hit on the holiday charts, and is an uptempo and high-energy song.
The Vinyl: 98 Degrees  released  “Let It Snow” back in 2017 what was it like to record a holiday record versus recording your original material past and present?
Jeff Timmons: Holiday records lend themselves more to vocal harmonies. We are a true quartet, and begun our career singing a cappella, so Christmas music gives us an opportunity to feature everyone’s voice.
The Vinyl: Since there are many holidays songs that have already existed prior to the let it go record are there any originals you created for this record in particular, as I know “Season of Love” is one of those.
Jeff Timmons: Season of Love is the only original on this one, and Christmas Wish and This Gift were originals on the first Christmas record.
The Vinyl: What is the writing/recording process for you and the guys? How do you keep everything in sync?
Jeff Timmons: We all have different processes when it comes to creating the music. Sometimes the track comes first, sometimes the melody, and sometimes the lyrics are inspiring us. There is no template for making music for us.
The Vinyl: You and the rest of the guys are all pretty busy individually whether it comes to your family life/personal work etc. What can fans expect from 98° in 2019? New music? Touring?
Jeff Timmons: We’re having more fun than ever. New music is always a possibility, and as long as we’re enjoying ourselves and being embraced by the fans like we are, you can expect more touring from us outside of the holiday season.
The Vinyl: How do you challenge each other? Whether it comes to the writing/recording process or general life challenges? You all seem to have such a solid bond as a group.
Jeff Timmons: We all inspire each other to grow and get better. I’m always trying to get as good as Nick when it comes to singing, or Drew and his personality and dancing ability, or Justin’s charisma. If you’re not getting better, you’re getting worse. We always try to present the best version of ourselves at all times.

The Vinyl: As we wrap up here, what message would you like to share with the fans?
Jeff Timmons: I want to let the fans know that we truly love and appreciate them. We never take them for granted, and are grateful to them for allowing us to live our dream. Happy Holidays!