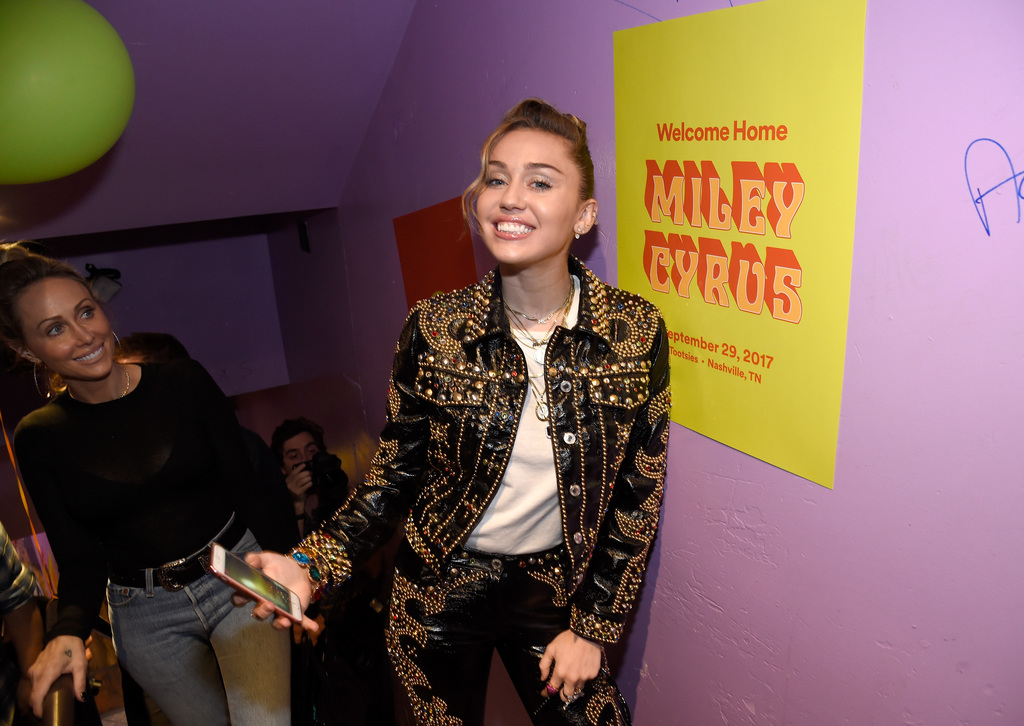 Miley Cyrus throws down in Nashville

Spotify hosted  a Welcome Home party for Miley Cyrus and her fans to celebrate her new album ‘Younger Now’ on September 29th, 2017 in Nashville, Tennessee.

Hosted at the famous honky-tonk bar Tootsie’s, Spotify invited 140 fans to join Miley for a special #SpotifyFansFirst event.The evening kicked off with drinks and face painting on the rooftop. It was followed by two Q&As – the first between Miley and the puppet from her ‘Younger Now’ music video, and the second with her father Billy Ray Cyrus, where he answered fans questions about Miley. Billy Ray also gave some advice about persistence and not giving up to fans. Once the Q+A session was over Miley took to the stage for over an hour performing  several fan favorites including “4X4”, “See You Again” & “Party in The USA”. Miley brought out her father to perform “These Boots Are Made For Walkin’ ” and the classic “Achey Breaky Heart”.Cyrus performed several songs off Younger Now including “Malibu”, “A Week Without You”, “Inspired” and self titled track “Younger Now”. Fans were given t-shirts at the finale of the evening which stated “I survived Miley’s release party & all I got was this stupid t-shirt” seen below on Billy Ray Cyrus via instagram.