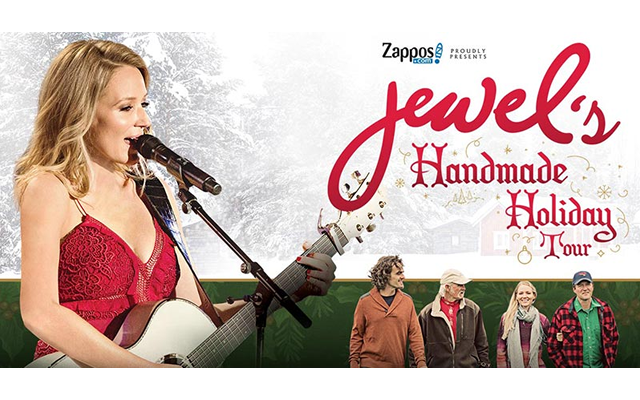 Hershey, PA was the closing stop for yet another tour. This time it was the Jewel Handmade Holiday Tour on Thursday, December 21st. This show was really a celebration of family. Jewel’s family joined her on this tour. Her father and brother’s opened the show with a set that was just plain fun. Jewel started her set with very traditional Christmas songs, such as “Joy to the World”, “The Christmas Song”, “Have Yourself a Merry Little Christmas”, and “O Holy Night”.

Her voice was strong, powerful, and mesmerizing. She then switched gears, performing an acoustic version of some of her hits such as “Who Will Save Your Soul,” “You Were Meant for Me,” and “Foolish Games.” Her father then joined her onstage for Homestead. Jewel talked about the fact that she wanted people to meet her family and wanted to share the heritage of her childhood in Alaska. While they sang, family videos played on the screen behind them.

Jewel invited her father to perform solo, fulfilling his dream of being a ‘rock star’. During his performance, Jewel’s brothers joined her on stage, and the three of them sat there, watching their father with love and pride. Jewel closed the show with more traditional Christmas songs. The entire family joined her for the finale, singing “Let it Snow.”