EXCLUSIVE: Backstage at ‘Britney: Piece of Me’ 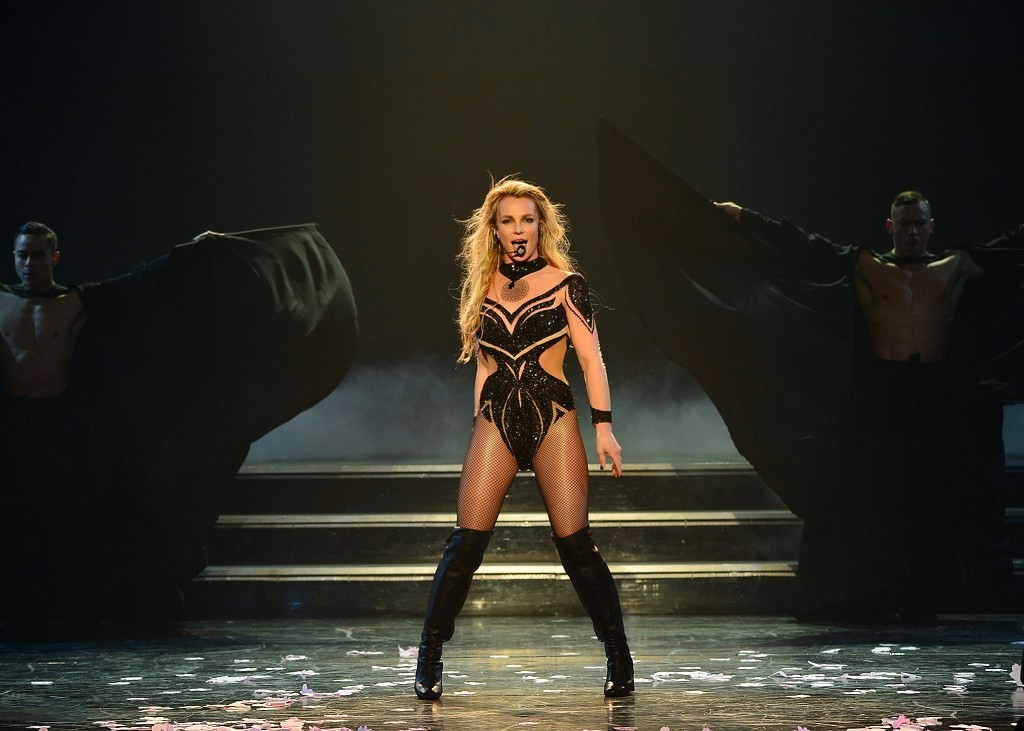 Prior to Britney Spears’ ‘Piece of Me’ performance on the eve of August 11, 2017, we caught up with Spears’ lifelong friend and personal assistant, Felicia Culotta (or as she prefers to be called, Fe). For several years, Culotta was either backstage or under the stage, serving as the pop sensation’s wardrobe assistant for costume changes between set numbers. Culotta was kind enough to take us on an exclusive backstage tour, showcasing all that ‘Piece of Me’ has to offer! Highlights from the tour included the set design and Spears’ wardrobe room, where we met up with costume designers Tish and Diana. The wardrobe room was every fan’s dream, as it showcased a myriad of Spears’ looks from the revamp such as the custom ringleader jacket used during the “Circus” number, and even the Swarovski crystal angel wings featured in “Everytime” from the original run! Culotta mentioned her favorite look from the show is, in fact, the angel wings. Fun fact: All the LEDs on Spears’ wings amount enough to illuminate ten Christmas trees at Rockefeller Plaza in New York City!

We also met up with Culotta and Spears’ friend, Jeff, who plays an important role in Spears’ safety during the show. At one point in the show, Spears performs a stunt off of a massive tree prop utilized in the jungle sequence for “Toxic,” and it’s Jeff’s duty to ensure she’s properly harnessed. Jeff has been on tour with Spears for over eighteen years, and is a stand-out example of why the crew behind-the-scenes are so vital and important to the production.

Culotta made it quite clear that Spears played a crucial part in the creative process for the revamp, stating she likes to push boundaries and implemented the idea of the laser projections during the club numbers (“Scream & Shout,” “Boys”). Each projection was designed to give each fan their own individual beam. She also mentioned that Spears wanted to include all four elements throughout the show — earth, air, fire, and water. From the beginning, the concept of ‘Piece of Me’ was crafted by Spears as a “high-energy dance show with a club vibe.” ‘Piece of Me’ is, after all, a celebration of Spears’ highly successful 20-year musical career, so it is only right that several props were brought back for the residency, including the electric guitar from the “Burning Up” performance on The Femme Fatale Tour in 2011. If you have the opportunity to take the backstage tour before the year ends, definitely do so! It is an experience all in itself in addition to the incredible show that Spears and her team have to offer.

Review by Curtis Vadnais for The Vinyl/Caesars Entertainment.