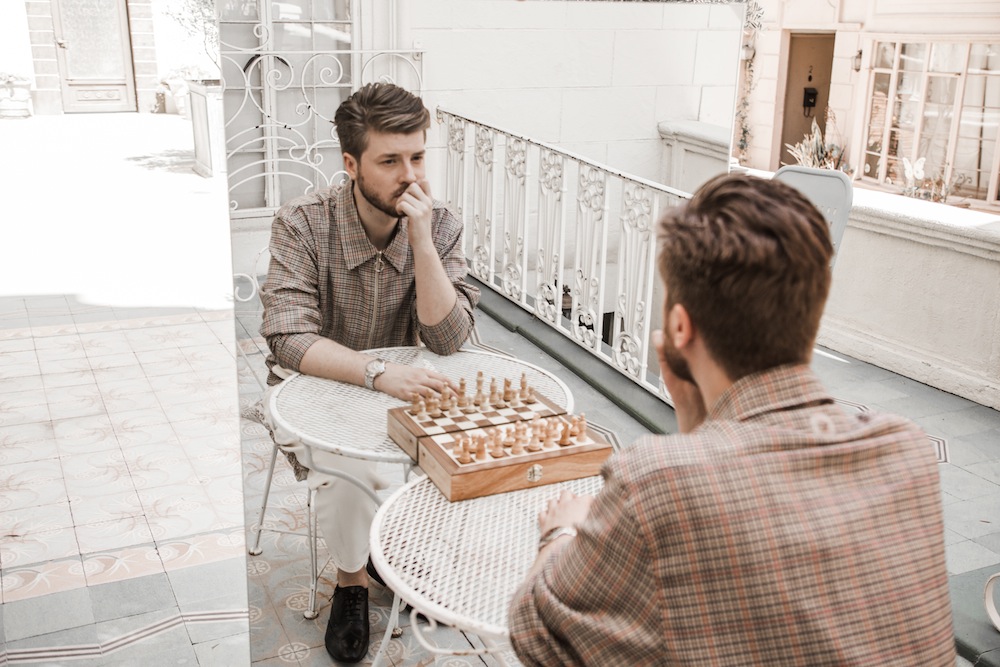 Lido and Unge Ferrari (which means “young Ferrari” in English) are old friends from the same circle in Oslo. They rekindled their friendship when NRK (national Norwegian TV) brought them together for an interview where they were challenged to create a song using a Kazoo as a key element. The two have worked together on multiple projects since, including the most recent “Corner Love.” Unge’s verse in “Corner Love” is in Norwegian- which was important to Lido to help give homage to his roots.

Check out our interview with Lido below

The Vinyl: You have produced for artists including Halsey, Chance the Rapper and ASAP Ferg! Does your process change when going from producer to artist ? What is your writing process like?

Lido: Producing for other people is different because you’re trying to capture an image in their head and create a comfortable and inspiring foundation for them to create on. Whenever I write on my own, it’s for the sake of experimentation. Different techniques/topics/sounds that inspire me to continue learning and growing as a musician.

The Vinyl: How did you decide to learn piano and drums? Did it come naturally to you?

Lido: Drums was my first instrument and first love. Piano was a natural choice as soon as I knew I wanted to write songs and produce. I think drums is the best foundation to have as a musician in any way shape or form. I would also say basic piano knowledge is the most valuable skill for a producer in today’s music scene.

The Vinyl: You recently released a single “ 3 million” what was the inspiration behind the track? How did you decide to choose this as the single ?

Lido: It’s the perfect example of the music that’s coming. Very focused around experimentation and stream of consciousness. The tracks main lyric was the first thing that came to me and the song kind of unfolded on its own. Just as unpredictable and spontaneous as my music has always been, but in a different way than before.

The Vinyl: Do you have any advice for artists who might be starting out, or advice you could go back and tell your younger self?

Lido: Don’t take anyone’s opinion seriously. Don’t let them get in your head cause it might take you a while to get them out again. Do what you think is cool. And be patient.

The Vinyl: Any collaborations on your upcoming EP/full length album?

Lido:I’ve been lucky to work with a lot of incredible artists lately.  But the music industry is so unpredictable I don’t want to jinx anything!

The Vinyl:Any artists you would love to collaborate past or present?

Lido: So many. Frank Ocean is at the top of my list with Gabriel Garzon-Montana and Yebba Smith.

The Vinyl: What can fans expect next ?