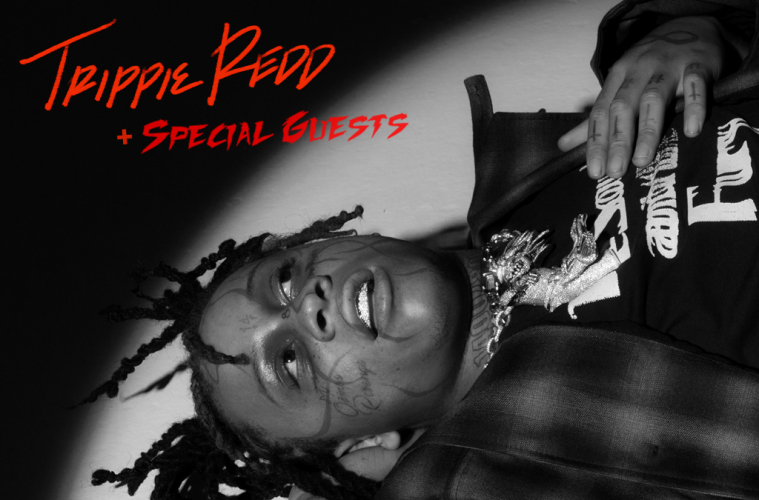 Echostage in Washington DC is a huge warehouse type venue usually holding raves/edm artists but on February 16th Trippie Redd brings his Love Me More Tour to the DMV and sells the whole venue out. Wall to wall all you saw was a sea of people.

After the opening acts, the stage was decorated with plants with these faces, a arched gate with a giant light up heart. The lights went out and Trippie took the stage and the crowd went crazy. Trippie Redd opened up his twenty plus song setlist with Leray.

As the night went on Trippie Redd’s setlist was made up of hit after hit which included Love Me More, Love Sick, Love Scars 3, 1400/999 Freestyle, The Grinch, Hate Me, Death and Under Enemy Arms. During the encore he also performed Dark Knight Dummo and Love Scars.