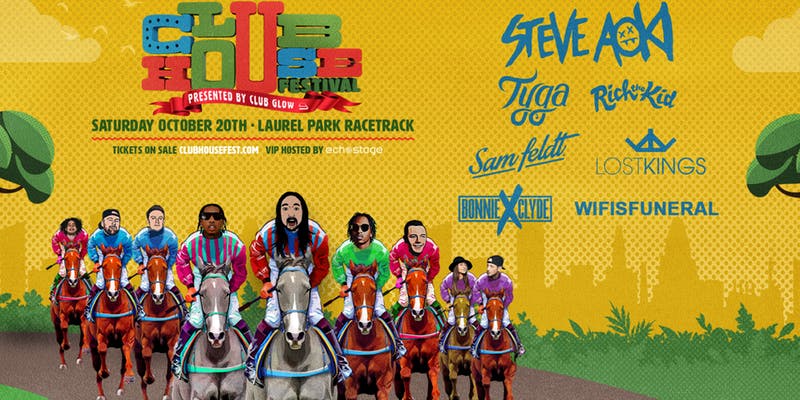 Go Live: The first Clubhouse Fest was a success!

The atmosphere was so energetic and positive, the rain held off and the sun peaked out at many times throughout the day. Bonnie X Clyde really got things going during their set right before Rich The Kid took the stage. Rich The Kid performed various of hits including his hit New Freezer. After Rich The Kid, Tyga took the stage and honestly I was so stoked to finally be able to see Tyga. He performed a variety of songs featuring Rack City and Swish.

After Tyga and Rich The Kid, Lost Kings took the stage and played a variety of mixes and some of their own material as well. Sam Feldt took the stage next to get things on a roll leading up to the man himself, Steve Aoki. After Sam Feldt tore up the stage, Aoki took the stage in full force and a pretty insane light show. An hour of playing and having everyone off their feet, Aoki finally got to the part where he notoriously cakes his fans. What a fantastic way to end the night!