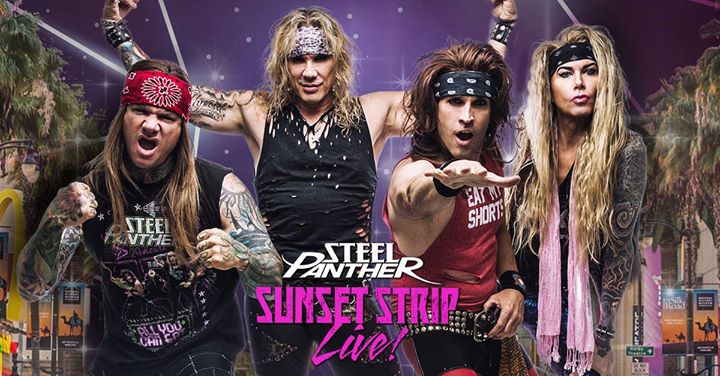 Steel Panther, known for their nice hair, fashionable attire and their very different style of music/ lyrics as well as their sense of humor they definitely gave their fans such a great night. Full of music and laughs. The band played a total of thirteen songs and they consisted of Steel Panthers original material such as Eyes of a Panther, Goin’ in the Black door and 17 girls in a row. But as almost fans in attendance knew they were just going to play their originals they also played a majority of famous 80’s rock music from various of bands such as Ratt’s Round and Round, Bon Jovi’s Livin’ on a Prayer and Def Leppard’s Pour Some Sugar on Me. After playing such an energetic set not to mention the primping Sexii Lexii did on stage in the mix, the fans loved every second of the night. The closed out with an encore song which was Gloryhole.