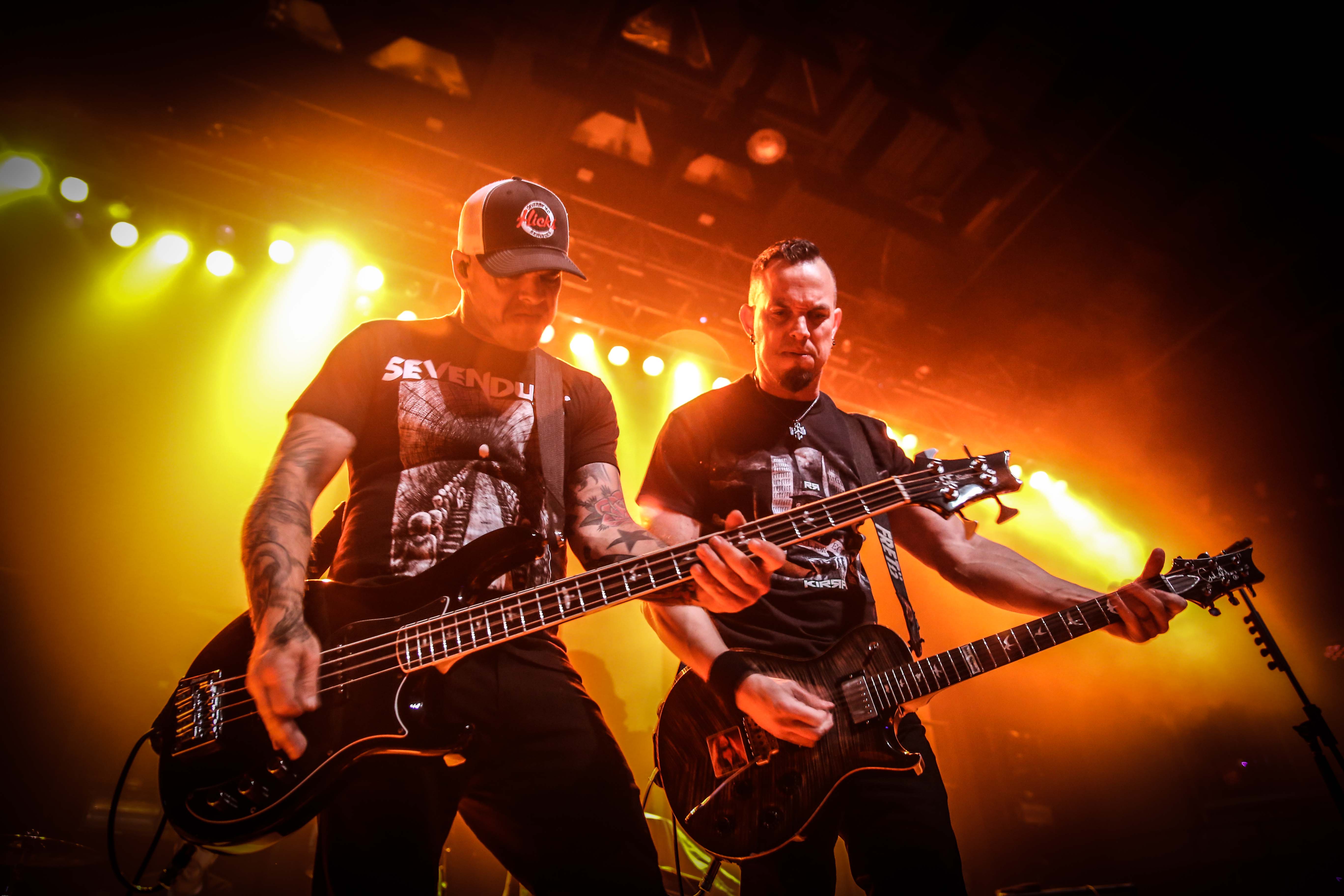 Hours before the ice and snow, fans of Sevendust, Tremonti & Cane Hill piled up into Rams Head Live to enjoy one hell of a show.

There were two openers that I unfortunately didn’t get to catch, but Cane Hill took the stage not going to lie, it was quite difficult to see the band on stage due to next to nothing lighting but that didn’t stop those Cane Hill fans from singing right back to the band. With only a short time on stage the band managed to squeeze in a few hits such as Lord of Flies, It Follows,  Singing in the Swamp and ended their set with Too Far Gone.

After Cane Hill, Tremonti took the stage! I’ve never seen them before but I was definitely left impressed. I will admit vocalist Mark Tremonti gave me that James Hetfield type vibe, and I mean that in a good way. Tremonti seemed to have such a solid fan base in the attendance, from the time they took the stage to the time they ended their set. You could tell by the long line for the meet and greet they hosted at their merch stand before Sevendust took the stage. With only fourty-five minutes *roughly* Tremonti had to make due and play hits they knew would get fans going and hyped up for the headliners. To name off a few songs played consisted of  Cauterize, Another Heart,  Flying Monkeys and they ended with Wish You Well.

After the insanely talented acts before them, it was time for the guys of Sevendust to do their thing and absolutely give their all. And that they did. Opening up their set with Black. The bands stage presence was on point, nothing but authentic energy and smiles. The fans were feeding off that energy the band gave off, causing the rowdiness and crowd surfing to begin. The snow started to come down at that point but that didn’t stop the show. Sevendust played a ten song set list followed by an encore. The set list was made up of hit after hit including Reconnect, Trust, Dead Set and Thank You. As the band ended their set they decided the fans needed some more and they closed out the rest of their time on stage with Dirty, Splinter and Face To Face.