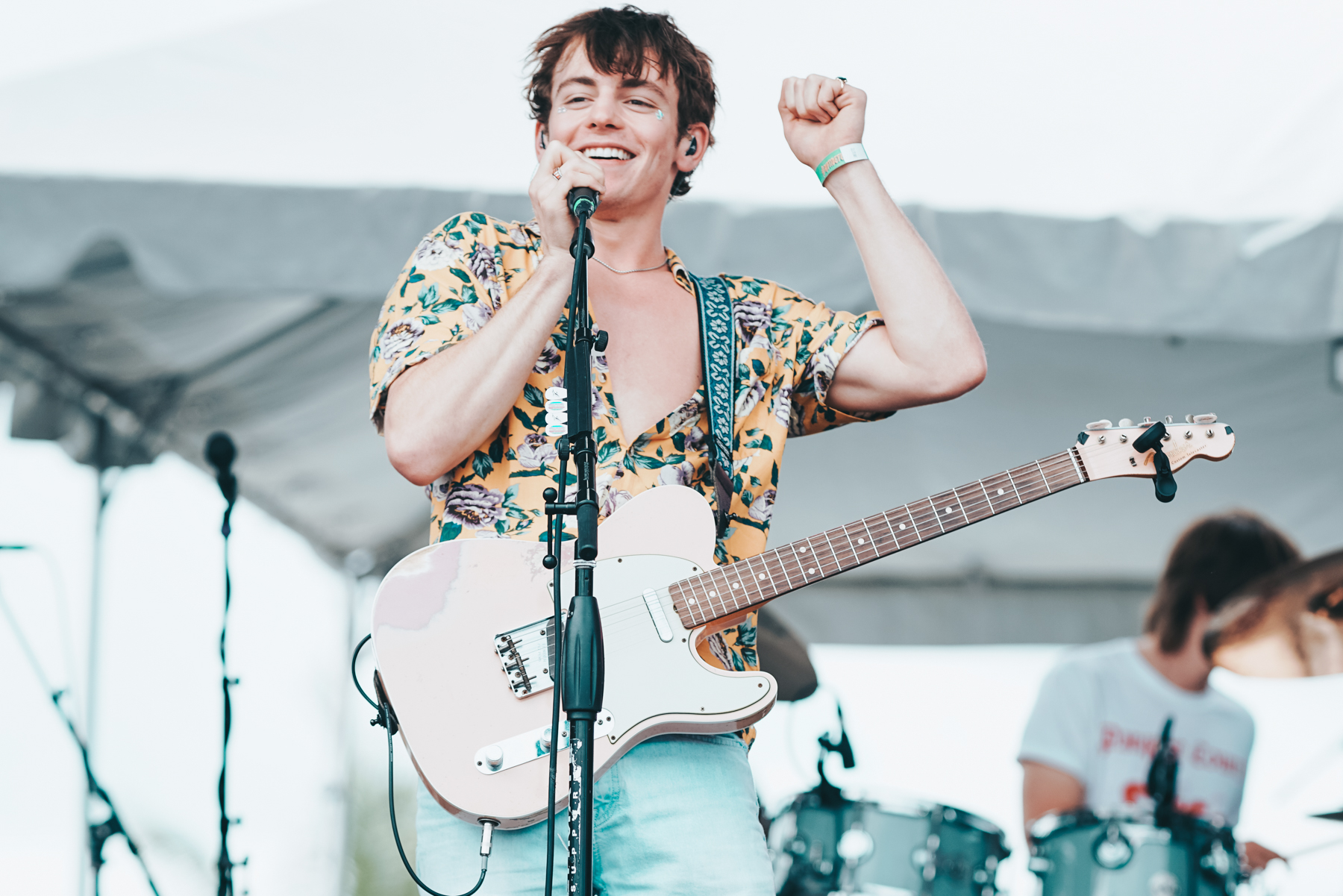 alyssa howellFebruary 13, 2019
CoverageGo LiveSpotlight
The 2018 Riptide Music Festival landed on Fort Lauderdale Beach for the third time this year, with an extra day to share. Friday afternoon’s addition offered nostalgic acts, like The Sugarhill Gang, Lisa Lisa, Baha Men and headliners The Jacksons. The afternoon offered a post-work day full of classic hits on the beach, paired with perfect weather and a light signature Florida shower during the headlining act. The Jacksons opened their set with “Can You Feel It?” and the set consisted of the band’s best hits, like “Rock With You” and “Shake Your Body (Down to the Ground).” Tito, Jackie, and Marlon dressed in their best outfits – sparkled suit jackets, to be exact – and put on a phenomenal hour-long show for the festival’s attendees.

Saturday, the first full day of the festival, had two stages full of incredible indie-alternative bands. As per usual, the festival had a ton of free goodies upon walking through the gates, and scattered all around the venue from the various vendors. Towels, free samples, shopping bags, and phone chargers are just a few of the things that people had the chance of grabbing during the weekend. Two Feet opened up the main stage with a laid back set for the early comers. The Driver Era, DREAMERS, Bishop Briggs and Sir Sly kicked things off early on the Underground Stage, giving upbeat and energetic sets.

To shortly recapitulate a couple sets, DREAMERS’ frontman Nick Wold literally jumped on stage at the start of their performance, as per usual. Bishop Briggs kicked her set off a cappella, stunning the audience with her incredible abilities. Young the Giant closed out the Underground Stage with a dreamy set, where they performed songs old and new. And Sir Sly delivered another phenomenal festival set consisting of their best hits, and a new song. The main stage had a star-studded lineup, including lovelytheband, Robert DeLong, and headliners Panic! At The Disco. Panic! At The Disco performed in Sunrise just 4 months prior to the Riptide Music Festival, so seeing them in the South Florida area for the 2nd time so soon was a pleasant surprise. As usual, frontman Brendon Urie owned the stage and made the long wait for his set completely worth it with their incredible set.

The final day of Riptide was the hottest of them all, but it proved to be an amazing closing day. Things kicked off early with Silent Rival and Just Loud, and the day progressed with The Crystal Method and Matt & Kim. The set times were not as close together as the previous day, giving fans more time to catch more bands at both stages. Matt & Kim brought out blow up dolls and a huge beach ball, and were extremely interactive with the crowd. Their stage banter was unlike anything I’ve ever witnessed before, and it was hilarious. Third Eye Blind played their 2nd South Florida festival this year, following West Palm Beach’s SunFest in May. The band took requests from the crowd and played their best hits. Collective Soul played a thrilling closing set at the Underground Stage, and 311 wrapped up the Riptide Music Festival with a colorful, bursting performance on the main stage. The breeze provided an amazing setting as 311 assisted in winding down the final day of the 2018 Riptide Music Festival. We can’t wait to see what next year has in store!