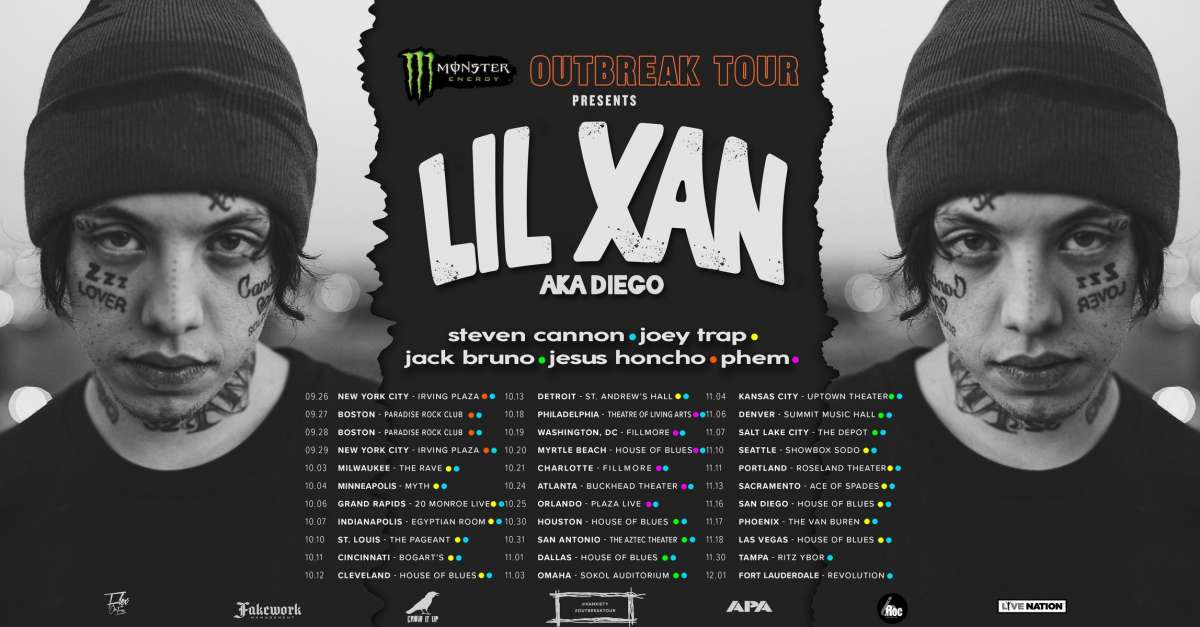 Lil Xan and his crew took over The Fillmore Silver Spring on his biggest tour yet, the Monster Energy Outbreak Tour. With support from three individuals who all have a different sound but that same goal to get the crowd hyped for Xan you know it’s gonna be a good night.

Opening up the night was Phem and Steve Cannon. Honestly I wasn’t quite familiar with them but from what I’ve seen on stage and the reaction from the fans, they seem to be pretty popular with the crowd and won them over for sure. After Steve Cannons set it was time for the Monster Outbreak star Lil Xan. I have been low key waiting to see him live since I missed his set at Firefly over the summer.

Roughly around 9:30pm Lil Xan takes the stage and instantly the crowd got lit as f*ck. Xan opened up with my absolute favorite song Lies ft Lil Skies. That totally made my night. The fans in attendance knew every word to every song played, some hardcore Xanarchy Gang members were present. To name off a few songs Xan played for the fans included Wake Up, Color Blind and Xanarchy. It’s safe to say my first Lil Xan show was a success and I 10/10 recommended you catch the show before the tour comes to an end. #XANARCHYGANG 💔