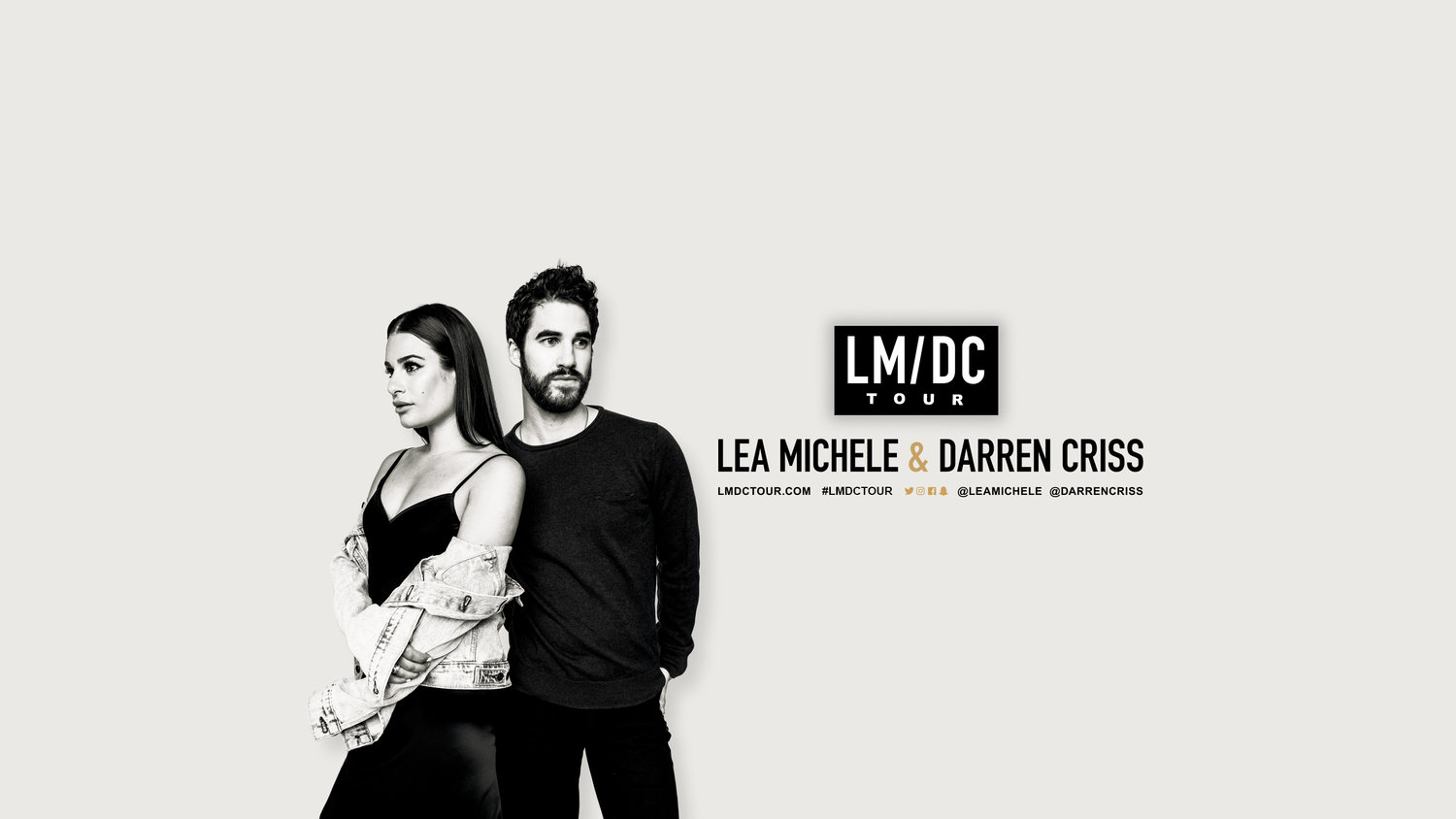 Lea Michele and Darren Criss are hitting the road this summer, presenting the LM/DC Tour. You might recognize those names from the hit tv show Glee, which follows the lives of the students of William McKinley High School in the town of Lima, Ohio that makeup the school’s glee club. Lea Michele plays the character of Rachel Berry and Darren Criss plays the role of Blain Anderson. But the show has since wrapped and now Michele and Criss are out to make a name for themselves as solo artists.

Nashville happened to be night one of the tour, and what better venue to chose then the famous Ryman Auditorium. Despite the show being off the air since 2015, the first night of the tour was a sold out affair. Fans lined up for hours before the show, as a meet and greet took place for certain ticket holders.

The two took the stage and performed the song “Broadway Baby” made famous by Bernadette Peters in the musical Follies. The crowd had a hard time containing itself as the two smiled the entire song. Lea Michele and Darren Criss have continued to be good friends post Glee, and their chemistry is evident on stage.

After a few more numbers, Criss departed stage to allow Michele to perform a few songs solo. Lea Michele recently released her sophomore album Places. She performed a few numbers from her solo work including “Cannonball” and “Battlefield”. But she also mixed in a few of Rachel Berry’s hits from Glee which included “Don’t Rain on My Parade” which might be one of the most iconic songs from that show.

Darren Criss came out and sang harmony on “Getaway Car” with Lea Michele before she stepped off stage for a bit. He started off by singing “Cough Syrup” by Young the Giant. Criss played a few songs from his solo career including “Going Nowhere” and some tunes from his StarKid Productions. In spirit of the tour, a song special to each city is to be performed by Criss. For Nashville it was “She’s Got You” by Patsy Cline. By far one of the best songs of the night was his cover over “Teenage Dream” by Katy Perry, which got the entire crowd off their feet!

The night ended with Lea Michele and Darren Criss reuniting on stage for “Don’t You Want Me” by The Human League. The crowd stayed on its feet for several minutes, cheering until the two returned to the stage. In true Ryman fashion Michele and Criss came on stage for an unplugged acoustic rendition of “Make You Feel My Love”, originally recorded by Bob Dylan but recently made famous by Adele. What made this performance so special was that they performed the song without any amplification whatsoever. The auditorium fell completely silent for the few fleeting moments they sang this song. It was truly special to hear a completely raw performance in such an iconic space, and one of the coolest moments we have every witnessed at a concert.