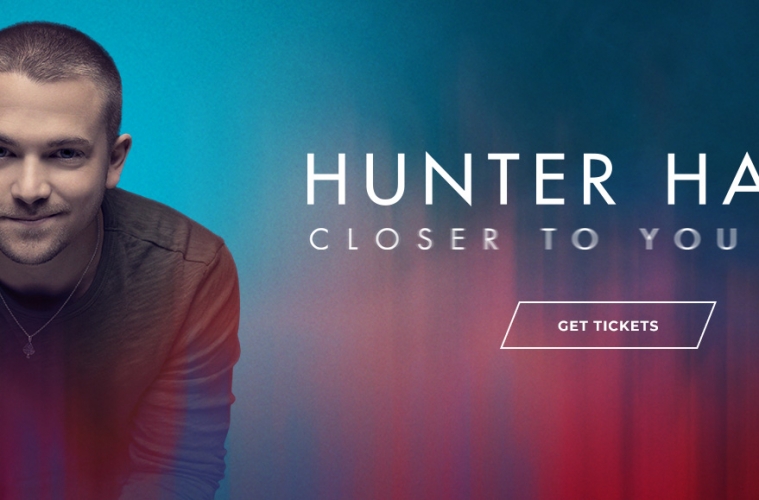 Go Live: Fans get Closer to Hunter Hayes at The Fillmore Silver Spring!

Hunter Hayes brings his fans close to him on his Closer to You Tour!

One of country music’s most popular artist Hunter Hayes took over Silver Spring. It was the first night of the Closer to You Tour and fans were so anxious to see what Hayes and his team had up their sleeve. As I entered into the venue, I saw a catwalk that was already surrounded by a bunch of ecstatic fans. The stage was also geared up with musical instruments and 3 paper airplanes hanging from the rafters.  After the opening act Levi Hummon, Hayes took the stage and the whole crowd roared with excitement. The fans grew louder and louder waiting for Hayes and his crew to take the stage

On a personal note, I have attended a few Hunter Hayes concert back when he played a one off show in my hometown in Frederick MD and I must say the talent has exceeded tremendously, this guy is one talented dude. A few songs Hunter Hayes had in his set list included hit after hit which included Storm Warning, Somebody’s Heartbreak, Invisible, Everybody’s Got Somebody but Me as well as a few medleys of Rescue/Amen and Flashlight/Dear God. He also played his latest single Heartbreak.