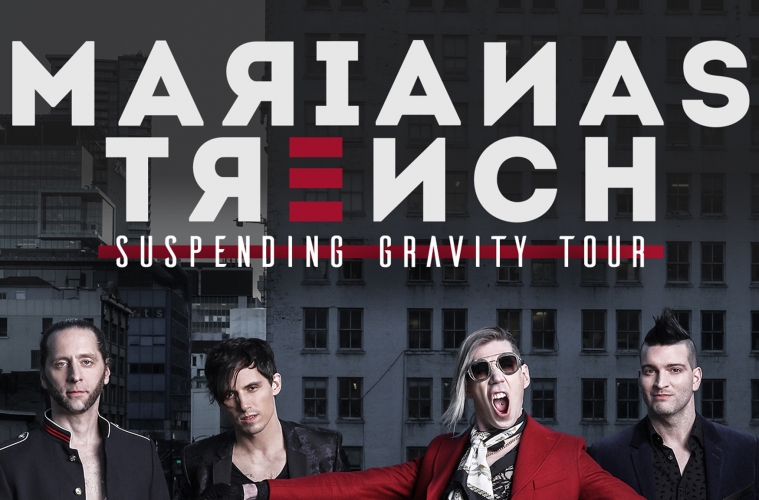 The band had a full LCD screens lining the back behind the stage, right before the  band took the stage was a intro video leading up to the show. Marianas Trench took the stage opening up with Eleonora. The screeches coming from the fans were quite deafening not going to lie. The band had a solid hour and a half plus to give the fans a night to remember that was not only give to them by music but the production Marianas Trench had was just insane.

Marianas Trench had a fifteen song set list which didn’t include the encore at the end. To name off a few songs played throughout the night insisted of Echoes of You, Pop 101, Rhythm of Your Heart, All to Myself and they ended with Fallout. After the end of their set the band then returned to play an encore of three songs that started off with front man Josh Ramsay performing a solo version One Love then they moved into playing Who Do You Love and officially ending the night with The Killing Kind.