The popular Emo Nite is kicking off the month of August, as the 21+ event returns to The Echoplex in Los Angeles.

On Tuesday, Emo Nite August edition will takeover loved venue, The Echoplex. The night will feature many live performances from bands such as IDK HOW BUT THEY FOUND ME, Sunsleep, The Gutter Daisies and Point North, taking place upstairs in the Echo. The event will consist of four different stages of music, and in Emo Nite style, a few surprises. This isn’t your typical “I’m going to a show” night. Most have compared the high energy packed event as the house party of the year. Yes, there are bands sounding off upstairs, but top that off with guest DJ’s spinning, a few well-known faces mingling through the crowd, balloons, lit expectations granted, non-stop crowd surfing, and probably your favorite song blasting as the stranger next to you becomes your best friend while you scream along word for word.

Don’t be like us and hear it all from your friends who slept till 4pm the following day, wishing you left a quiet house for Tuesday’s epic house party. We won’t be making that mistake this time.

Got a request? Request songs and more over on Emo Nite’s Facebook Page.

What: Emo Nite LA
Where: The Echoplex — 1154 Glendale Blvd, Los Angeles, CA
When: Tuesday, August 1st — Gates open at 8:30
Tickets: Free entry for the first 100 people in line, or $10 at the door.
Skip The Line: A limited amount of #EARLYBOY/’SKIP-THE-LINE’ tickets for $30 at Emo Nite’s brick and mortar retail store. (We recommend calling first for ticket availability)
604 N Hoover St, Los Angeles, CA 90004 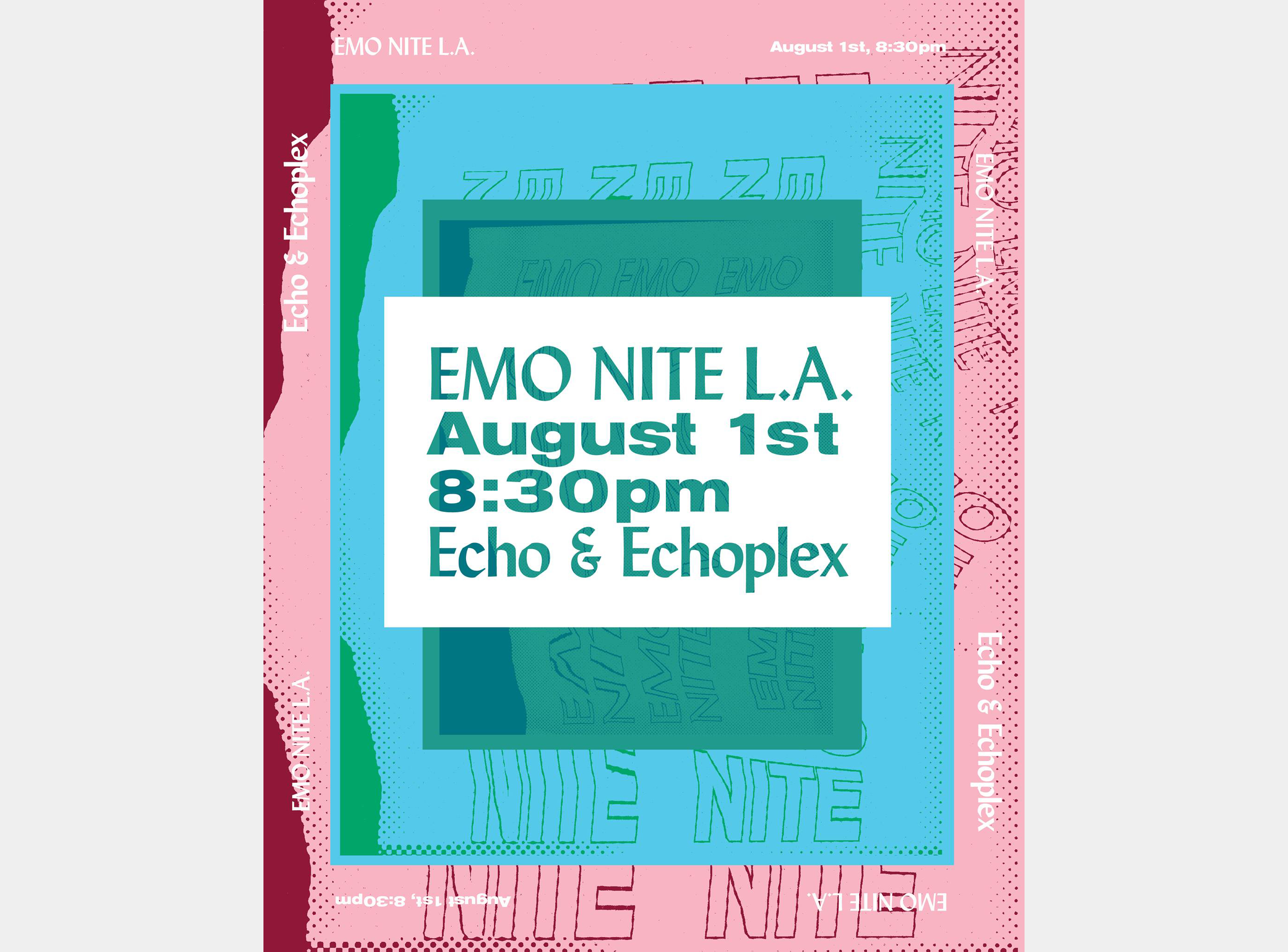