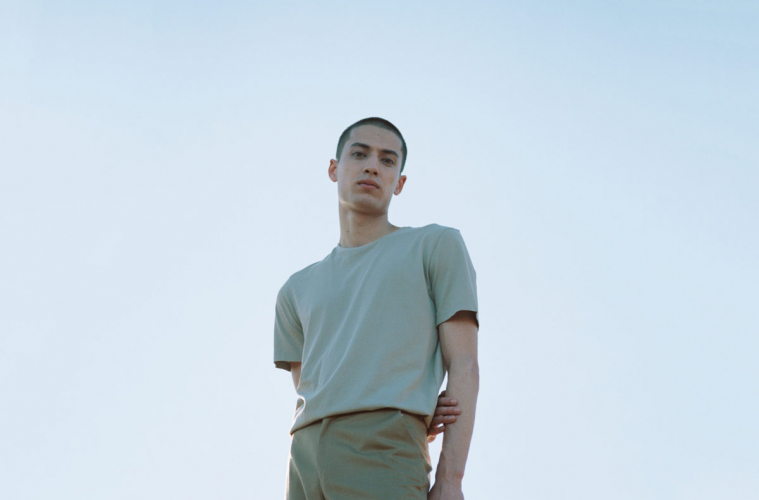 The Vinyl Exclusive: An interview with EDEN! New record, no future, is OUT NOW!

The Vinyl Exclusive presents an interview with Dublin based artist EDEN. We got the pleasure to pick his brain on the writing and recording process of making a record, his upcoming headlining tour and more! no future, is his sophomore record and it is out February 14th 2020 via Astralwerks Records. To read more about what EDEN has to say read below!

The Vinyl: To those who aren’t quite familiar with you, mind introducing yourself?
EDEN: My name is Jonathon, i make music as EDEN.

TV: You’re about to release your sophomore record no future on 2/14. How excited are you for this release? What are some expectations you have for this record?

E: It’s funny because its been finished for months now – maybe half a year but the writing was done even before then. so for a long time it felt like it was never coming out. it only just hit me now that the albums going to be out in the world shortly. i don’t know if i have any expectations about the album really. i just want it to be out there. it really feels like a platform for me. i’m excited to move on and build from here.

TV: What was the writing/recording process like for this record? Were there any differences from prior recording sessions? Anything you would’ve done different?

E: There were different phases to making this album. there were some songs i made while i lived in the countryside in england, some ideas i started on tour, and then i moved to london and finished it all there. it felt like a couple of expansions if that makes sense. “untitled” was one of the first things i made and i sat on those ideas for a while tweaking and working them out. then there were songs like rushing and hertz that were started on my modular synth on tour. when i got home from tour one of the first things i made was projector and thats when the whole thing really clicked.

TV: You’re also about to embark on a headlining North American tour starting in April, what are some expectations you have for tour?

E: This is the most excited iv’e ever been for a tour. the show we’re building feels the most ‘me’ of anything we’ve done so far and it feels really good even now in rehearsals to be performing it.

E: Think it might be time for a new tattoo and i’m really into an artist in toronto. so that’s a city i’m definitely excited to get to.

TV: Your new track “isohel” has a pretty significant vibe to it (from what we saw from the music video) What is the story behind it?  What are some influences you have whether its writing a song/music or when it comes to music videos etc?

E: “isohel” is about the love you can have for people, places or parts of your life that you’ve left behind. and although they made you who you are or gave you times you love it’s better to leave them in the past sometimes. so in explaining that to zhang and knight, the directors i work with on everything, and the idea started there.

TV: What are some goals you have for 2020? What would you like to accomplish?

E: I want to keep creating. this really feels like a starting line to me i’m ready to go.

TV: Anything you would like to say to your fans?

E: Thank you, love you, see you soon x