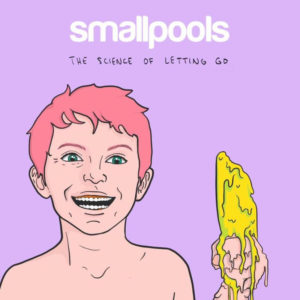 Los Angeles-based indie pop group Smallpools released their brand new EP, THE SCIENCE OF LETTING GO, today via Kobalt Music. The EP, which consists of 5 brand new tracks, is available now on all digital and streaming outlets. Listen or download the EP here.

“.. it just so happened that the songs we landed on for this EP all kind of had a piece of that (letting go) theme in some way or another,” Scanlon explained in a recent interview with Baeble Music. “I think that letting go is an interesting thing, and that it’s very hard for humans to do. They are creatures of habit.. There’s a song that has to do with needing to let go of something that’s obviously bad for you, but you keep trying to make it work. There are songs about letting go of inhibitions in order to move forward in your career. It (the EP title) just kind of landed that way, but I like the title and it was in a line of one of the songs as well, so I think it came together nicely.”