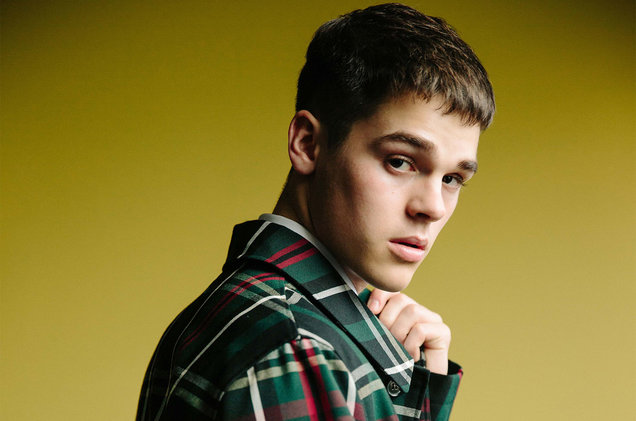 AJ Mitchell, an insanely talented 18-year-old pop phenom that’s been named a 2019 Vevo LIFT artist and as of this week – the latest MTV Push artist as well. Averaging over 4 million listeners on Spotify, AJ’s received acclaim from Billboard and Idolator, sold out numerous headline shows and performed on The Today Show and Good Day New York this year alone. He’s also prepping his debut album, which will be coming early 2020 via Epic Records. His current single “Slow Dance” with Ava Max is sitting at #35 at Top 40 at radio and continues to climb.

With over 100 million-plus streams on tracks such as “I Don’t Want You Back, “Girls,” “All My Friends,” “Talk So Much,” and “Move On” and 4.15 million monthly listeners on Spotify, he cemented himself as 2019’s fastest rising star. Named a 2019 Vevo LIFT artist and acclaimed by Billboard, Idolator, and Seventeen, he sold out numerous headline shows and performed on The Today Show and Good Day New York. As the year went on, his rapid rise only accelerated. AJ flexes his star power and vocal prowess on the Slow Dance EP. Preceded by “Move On” and the Top 40 single and title track “Slow Dance” [feat. Ava Max], his songwriting and show-stopping spirit once again take center stage on upbeat and undeniable new anthem “Out My Mind.” To date, AJ has had three songs in the Top 40 Pop Radio charts: “Girls”, “All My Friends” (#29), and “Slow Dance” (currently #35 and climbing). Now, he sets his sights on pop domination with every move and will be releasing his debut full-length album in the next few months.