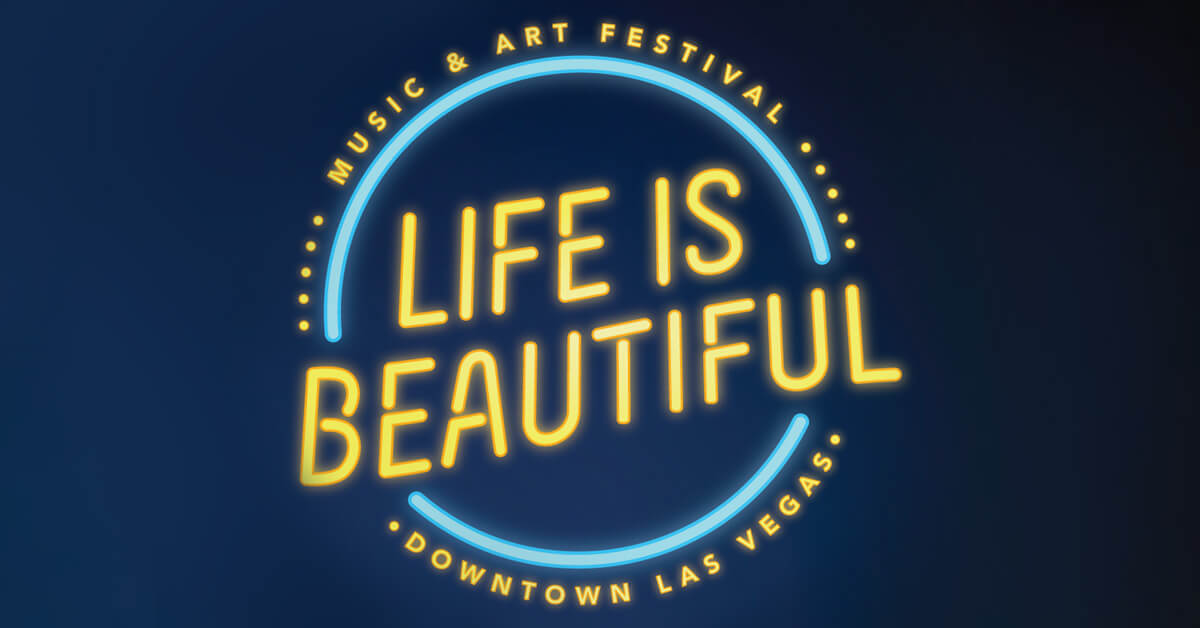 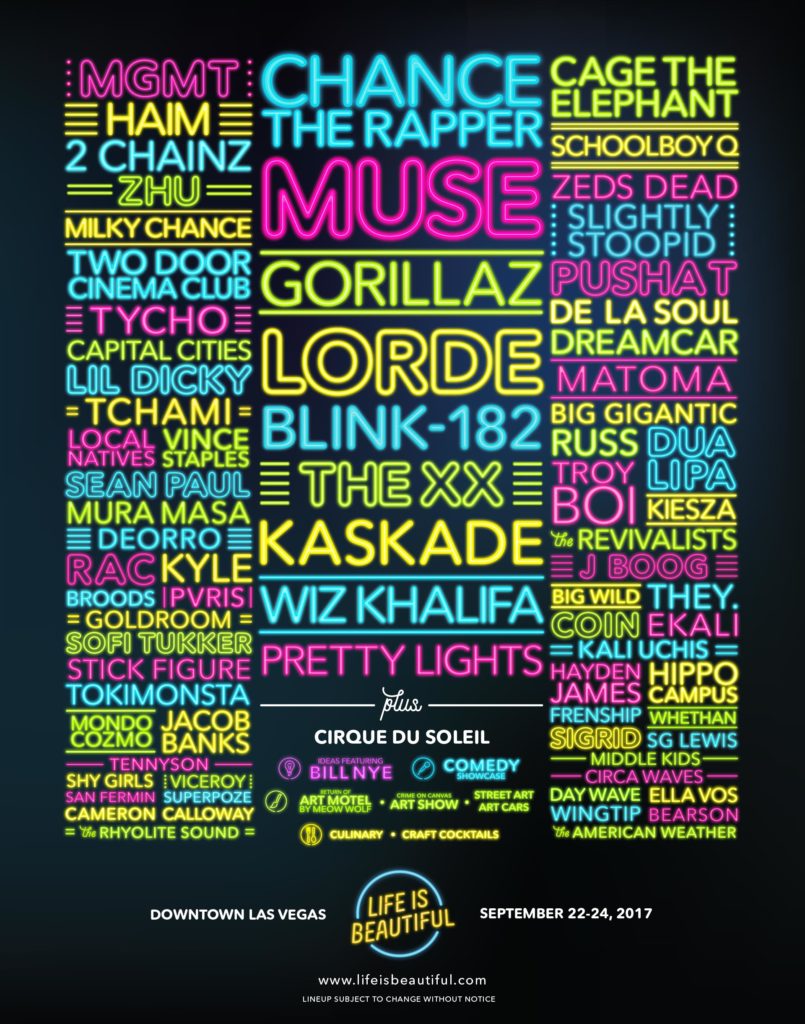 Photo by Life Is Beautiful (www.lifeisbeautiful.com).

The fifth annual Life is Beautiful Music & Art Festival will light up the streets on September 22 through September 24, 2017 in Downtown Las Vegas, Nevada. Since its inception in 2013, it’s become one of the most-anticipated annual events to take place in Sin City, with an eclectic lineup of spectacular bands/artists among the likes of The Killers, Kings of Leon, Kanye West, Outkast, Foo Fighters, and more. The festival was expanded into three days just one year after its creation. Aside from the incredible sounds that fill the festival grounds each year, it is also known to have some of the best cuisine around, with culinary chefs found on various food channels such as Bravo, Food Network, TLC, and more.

Each year, the festival strives to supersede itself and this year is absolutely no exception. Headlining on Friday is renowned hip-hop recording artist Chance the Rapper, while English rockers Muse take the stage Saturday, with Gorillaz set to close out the festival on Sunday. Other can’t-miss performances taking place over the weekend include artists such as Lorde, blink-182, Kaskade, Wiz Khalifa, The xx, and Pretty Lights.

General Admission passes are SOLD OUT (isn’t that telling you something?), but a limited number of VIP passes remain! Purchase both your 3-Day and single day VIP passes at www.lifeisbeautiful.com.

Photos courtesy of Life is Beautiful.