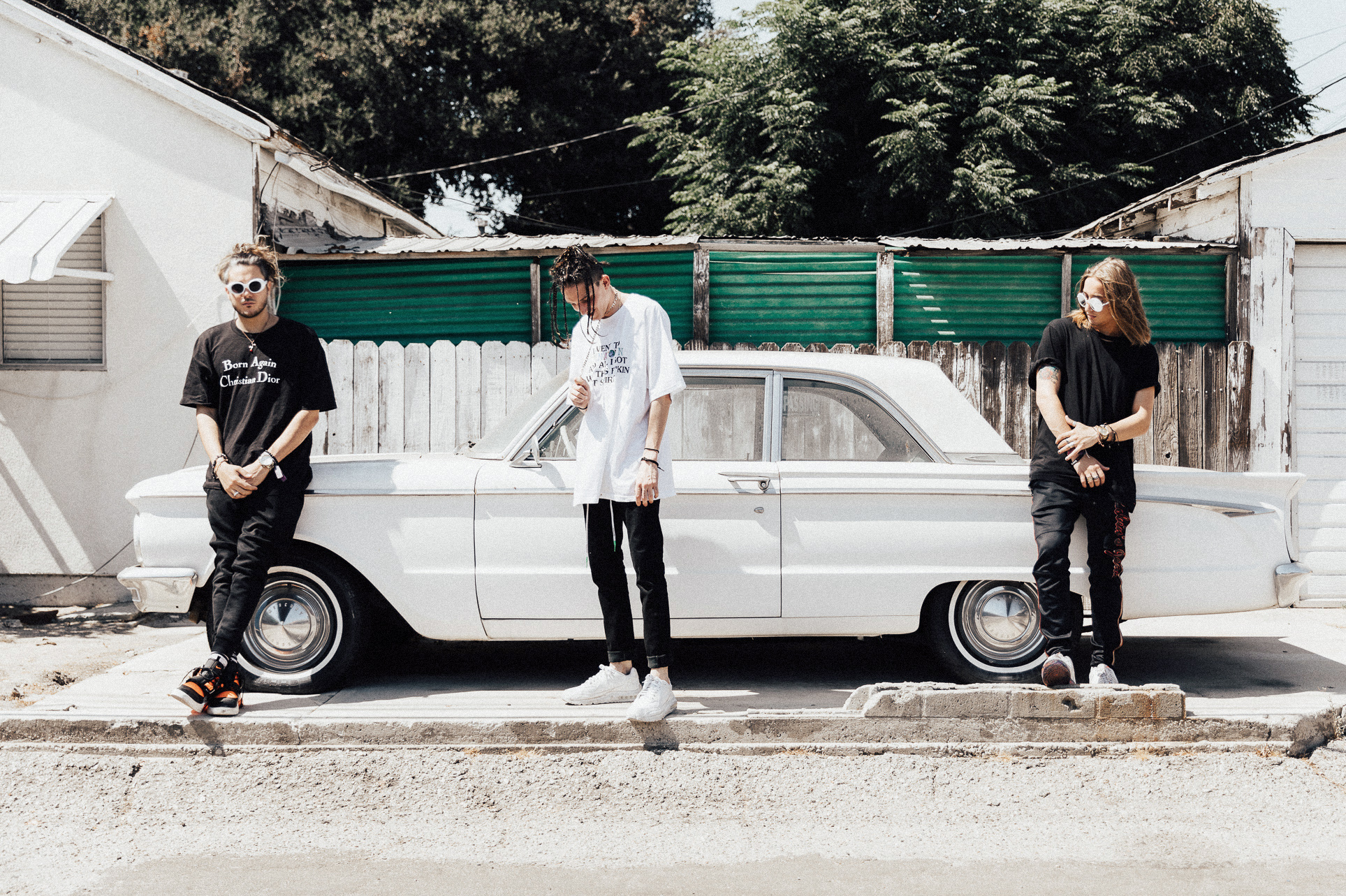 The Vinyl: To those who aren’t quite familiar with you, mind introducing yourself?

The Vinyl: You all are about to release, Don’t Try This, as a prelude to your sophomore record due out later in the year, what are your expectations for this EP?

The Vinyl: What was the writing and recording process for this EP? Anything new you’ve learned that you hope to bring to the table to your next record?

Chase Atlantic: A lot of being on the road recording. It’s important to be in one place for an extended period of time. Different environments create different sounds, which is always fantastic. But after a long year of touring, for the album we are hoping to spend a few months in one location to create something really special.

The Vinyl: How do you think you guys have evolved as a group, from the time you first came about to now?

Chase Atlantic: We have grown both physically and mentally. We have become a little tougher from life on the road, and that has drastically changed our outlook, whether it be positive changes to some, and negative towards other. We were young when we first started and we still are. I can only imagine how much we will change for the third album.

The Vinyl: What/who influences your sound?

Chase Atlantic: Ourselves, touring, and the world.

The Vinyl: You all get to work with two of my absolute favorite people, the Madden bros, what’s that been like for you all? Being signed to their music company is pretty cool not gonna lie!

Chase Atlantic: They were some of the first people to believe in us. We grew up like everyone else listening to them. They are some of the nicest and hardest working people in the industry. That’s why they’re so well respected and liked. We know they always have our backs, and we always have theirs. They’re our big brothers, as well as the other boys from Good Charlotte. The environment they have created of supportive bands working together at the MDDN home base was very crucial to our growth as a band. There are lots of great bands and artist coming out of there.

The Vinyl: What are some future goals you have in mind for 2019? Whether it’s touring/festivals etc.

Chase Atlantic: Selling out our first 1000+ show would be the first goal. Placing in the Billboard Top 100 for the second album, and many, many more.

Chase Atlantic: Love ya <3 Hope you enjoy the new EP. Get ready for the new album and the tour. Can’t wait to see your pretty faces again this year.