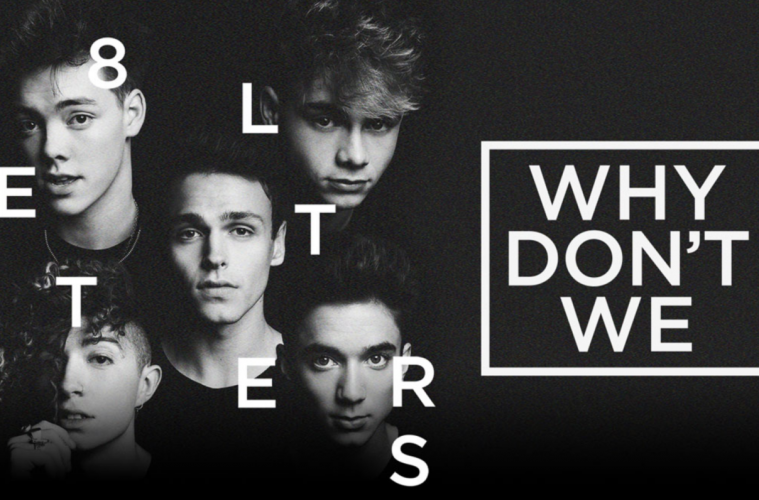 GO LIVE: Why Don’t We bring the 8 Letters Tour to Baltimore MD!

Screaming fans fill up MECU Pavilion on a beautiful summer night to see teen heartthrobs Why Don’t We. Earlier in the year Why Don’t We paid a visit to the DMV and here they are again with a jam packed pavilion, full of some diehard fans.

Around eight thirty in the evening, after two opening acts, Why Don’t We took the stage one by one. There was a massive LED screen that projected an intro of the guys, and then paper airplane like letters flew across the screen, and then the guys took the stage but reflected only a silhouette of the guys who stood on small platforms. They opened up with Trust Fund Baby. In attendance it was nothing but ear piercing fans, screaming and practically crying over these guys. To be honest if this was about 10 years ago with Nsync or Aaron Carter, I’d probably be the same exact way.

Why Don’t We had a very decent set list to entertain the fans with. Not only was the music entertaining but the choreography and the production put into this show was also quite fascinating. Twenty one songs completed Why Don’t We’s set list. To name off a few consisted of In Too Deep, Nobody Gotta Know, Why Don’t We Just, I Still Do, 8 Letters and Cold in LA.  During the middle of their set the guys also performed a melody of songs which included Taste/Finesse/Lucid Dreams/Middle Child/Better Now.  As the night came to an end the band was very appreciative for the support the fans have gave them. Their set ended with Big Plans, Come to Brazil and Unbelievable.  After their time on stage came to an end fans chanted and cheered, the guys then came back out for an encore and performed I Don’t Belong in This Club.