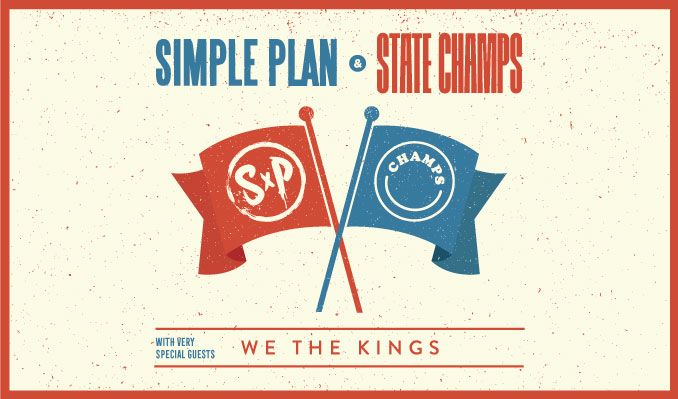 GO LIVE: Where I Belong is in Silver Spring at a Simple Plan and State Champs co headlining show!

The night before Halloween, Simple Plan & State Champs team up for a nostalgic tour!

Opening up the night was Northbound, then we get into the second band on the bill, We The Kings. To be quite honest I’ve been waiting to actually see them live for some time now, finally I got to see them here at The Fillmore in Silver Spring MD.

We The Kings took the stage and the fans were pretty excited. We The Kings have been around in the industry for quite some time now and they just keep getting better and better. The band had a short set, but played all the hits such as Skyway Avenue, Even If It Kills Me, Sad Song, Say You Like Me and the band also teased the crowd by claiming they really wrote the song they covered, which was The Middle by Jimmy Eat World. It was a joke, they got a few laughs out of it. The band then ended their set with their most popular hit that they have under their belt, Check Yes Juliet.

Up next, New York natives State Champs took the stage. Every single time I see them they never disappoint. State Champs opened up the night with Mine is Gold. Being co-headliners its Simple Plan was definitely the right move for these guys, they go together beautifully. The band had a total of fourteen songs and to be honest the crowd was rowdy. State Champs’ setlist included All You Are is History, Prepared to Be Noticed, Remedy, Losing Myself and Secrets. Not only did the guys play their older hits, they also played a good handful of newer songs such as Cut Through the Static and The Fix Up. State Champs ended their set with Dead and Gone.

After three incredible opening acts, it was time to get nostalgic up in here. Simple Plan is due next and the crowd was getting antsy. Simple Plan opened up with I’d Do Anything. The band had a pretty packed setlist and even though yes, they’re a bit older (Aren’t we all) they still got the energy to put on one hell of a show. The band had a fourteen song setlist and that is not including the encore. A few songs that made up their setlist were Welcome to My Life, BOOM!, Whats New Scooby Doo, Addicted, Thank You and then to end their set Simple Plan brought out State Champs’ Derek DiScanio and Travis Clark from We The Kings. After that amazing collab, Simple Plan came back out for a few more songs. A three song encore to be exact, which was Shut Up, I’m Just A Kid and Perfect.