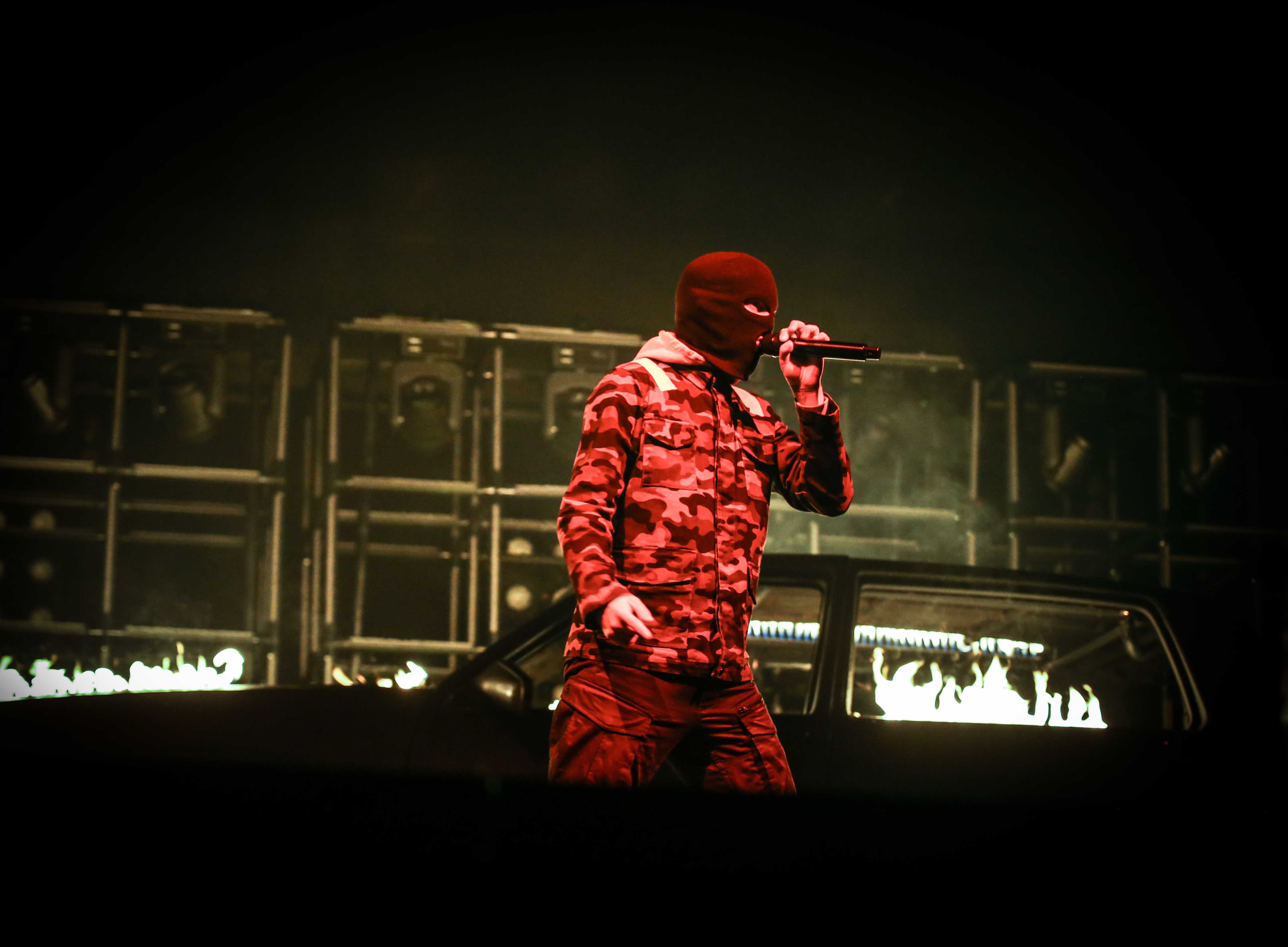 Twenty One Pilots took over Washington DC on October 31st, the Skeleton Clique has reunited instead of taking in the Halloween Spirit. But honestly, a Twenty One Pilots concert is a way better choice in my opinion.

After a short “hiatus/break” Tyler Joseph and Josh Dun brought back Twenty One Pilots and boy did they return with a Big Bang! Just recently they released their latest record, Trench. One of their best records yet and trust me I’m still all about their Blurryface record. With support from Max Frost and Awolnation, the band was set to take the stage roughly around nine o’clock.

A massive curtain displayed fog and a dim yellow light, fans screaming some even sporting some tears. The dedication to this band was unreal. As the curtain dropped Dun appeared from the middle of the stage, then he made his way to stage left then over to stage right. Once the torch was out the stage lit up a bit which exposed a silhouette of Joseph on top of a car with bass in hand. He made his was up as the intro to Jumpsuit started. As the song Jumpsuit ended Joseph returned back on the car as it was on fire singing his heart out immediately transforming into Levitate.

With a few records under their belt, Dun and Joseph didn’t fail to also play who whole set filled with many fan favorites such as Stressed Out, Fairly Local, Lane Boy and Ride. Not only did they play one of the best setlists ever (just saying) Dun and Joseph also brought out tour mates Awolnation & Max Frost to perform two cover songs. The first cover was the Goo Goo Dolls Iris and the other was The Beatles’ Hey Jude, that was so cool to hear and see of course it wasn’t like the original but with the variety of aesthetics from each band made it so fantastic! With the night coming to an end the band closed out the night with one of my absolute favorite song of theirs Car Radio. But that’s not really the end. An encore proceeded, Twenty One Pilots ended their twenty song set list with a two song encore including Leave the City and Trees.