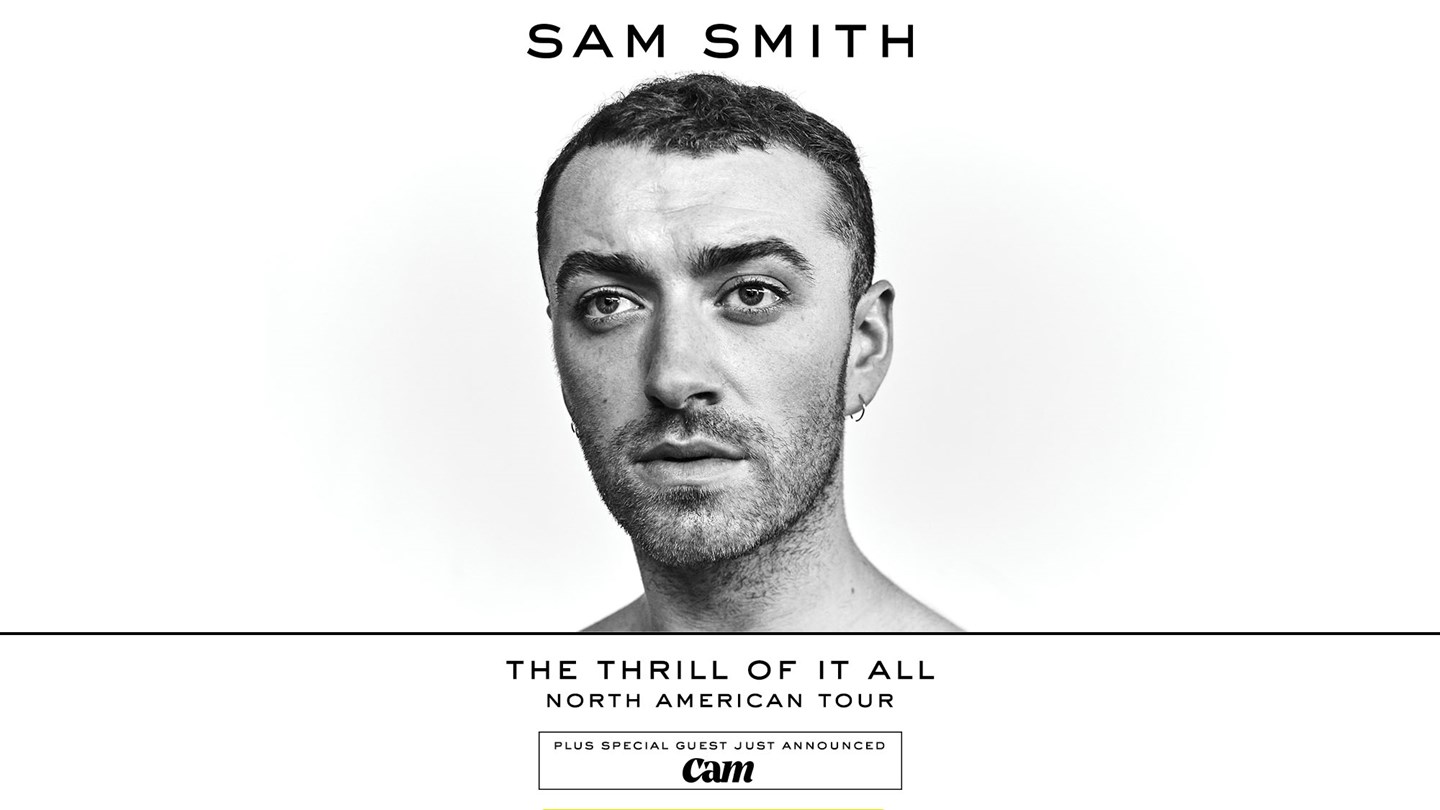 GO LIVE: Sam Smith brings The Thrill of it All Tour to Washington DC

Sam Smith and his powerful voice took everyone’s breath away last night at Capital One Arena. If you’ve never seen Sam Smith live you sure are missing out, his voice is so powerful and it’s made up of so much emotion that is built up into each song during his set.

At 9pm sharp, the lights went completely out, except a beam of light shining on the end of the long catwalk. Out comes Sam Smith from the bottom of the stage into the beam of light sitting on a chair, forming a silhouette of the singer. Behind him displayed a triangular thing (sorry couldn’t make out what it was supposed to be) that lit up as well.

Opening up his eighteen song set list with Burning, the fans grew louder and louder. Smith walked up and down the catwalk smiling the biggest smile because just about every single fan sang right back to him. Walking up and down the long cat walk Smith also greeted his fans with a warm smile and a wave, acknowledging that they’re there with him. Throughout the night it was nothing but full of emotion, pride and pure bliss.

Currently touring on his latest record, The Thrill of it All, Smith played a variety of songs from the new record such as Too Good at Goodbyes, Midnight Train and One Last Song. Of course he didn’t forget to play his most popular ballads including I’m Not The Only One, Money on My Mind and Like I Can. Not only did Smith give fans an amazing setlist full of his emotional and powerful songs, after his set of course he gave fans an encore of three songs consisting of Palace, Stay With Me and Pray. It’s safe to say that Sam Smith is one talented guy who’s music doesn’t  get the full recognition it truly deserves.

If Sam’s tour comes to a city near you anytime soon it’s definitely a show you don’t want to miss, his powerful ballads, his beautiful voice and the calming atmosphere surrounding you makes for a fantastic night out!

IN THE KEY OF CHANGE: SHAED INTERVIEW

IN THE KEY OF CHANGE: TAYLOR BENNETT INTERVIEW

IN THE KEY OF CHANGE: FLORA CASH INTERVIEW

GO LIVE: Don’t Call It A Comeback…Motion City Soundtrack stops in the DMV!

GO LIVE: Chris Lane has Big Big Plans to Sell out The Fillmore Silver Spring! (and he succeeds)