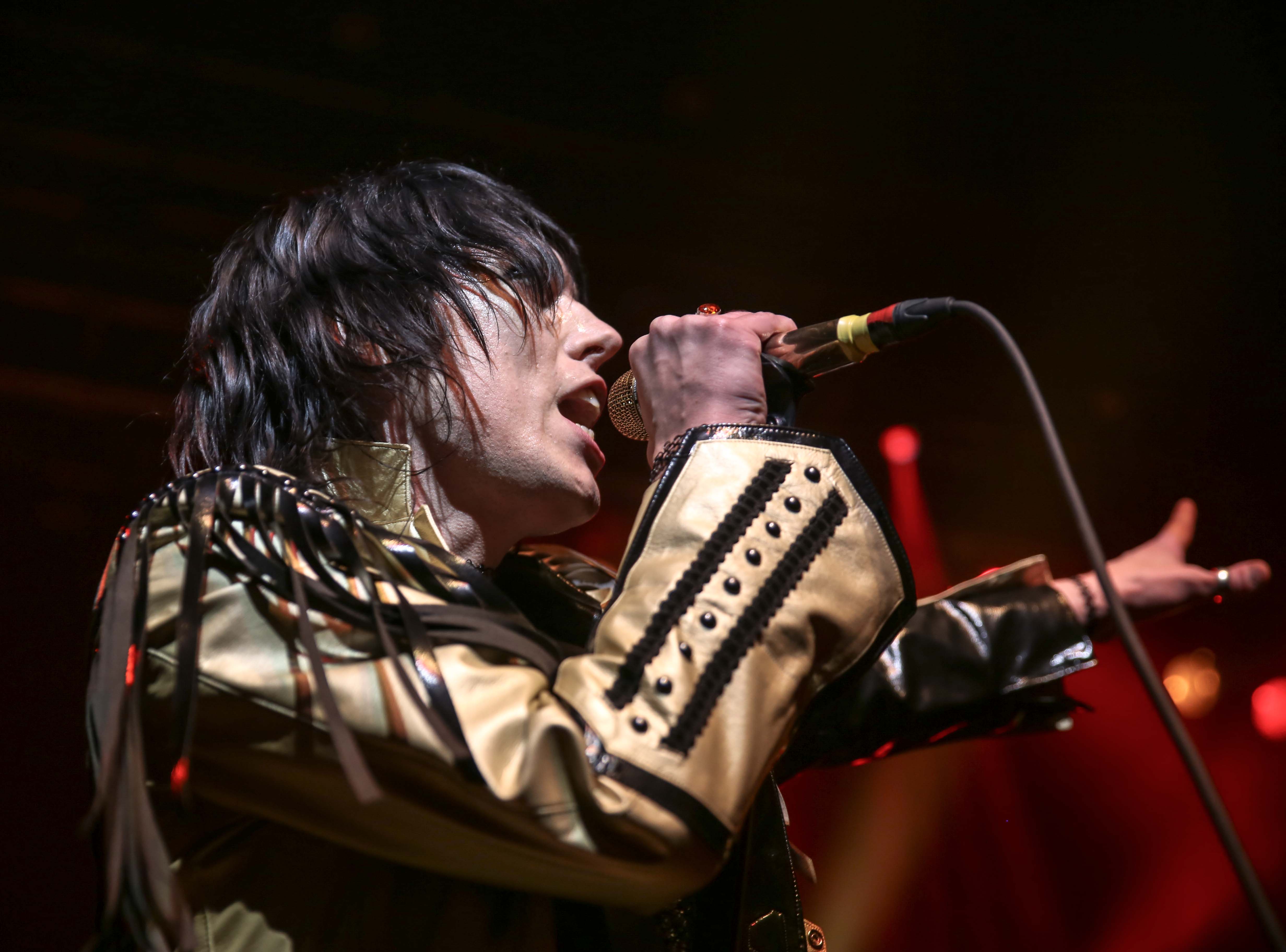 Go Live: The Struts sell out Rams Head in Baltimore!

The line for the sold out Struts show started from the beginning of the door all the way to outside the venue into Baltimore’s summer time hot spot, Power Plant Live. This was my first time seeing The Struts and I’ve only heard such good things about the band, and Dave Grohl of the Foo Fighters has them open up for them on their last tour and that’s pretty huge.

Around 915 sharp the lights cut out and the band took the stage with huge smiles on their faces. The band opened up with Primadonna Like Me, the fans instantly sang word for word. The bands following was quite impressive, there were hard core fans lined on the barricade, they were bearing gifts for the bands. Talk about a true love for the guys.

The band had a set list of sixteen songs, to name off a few off the set list consisted of Body Talks, Kiss This, Dirty Sexy Money and Bulletproof Baby. Not only did The Struts play their own catchy material they also took some time to cover Bruce Springsteen’s Dancing in the Dark. After closing out their set with Where Did She Go, fans were eager for more from The Struts, they craved it.

The Struts then came back out and performed a three song encore, giving the fans what they wanted. During the encore, Somebody New, Ashes (Part 2) and their number one radio hit, Could Have Been Me were played. The whole night was just full of such a positive energy, the fans in attendance were given such a treat and paid their respects to the band by singing back to them word for word all night long.