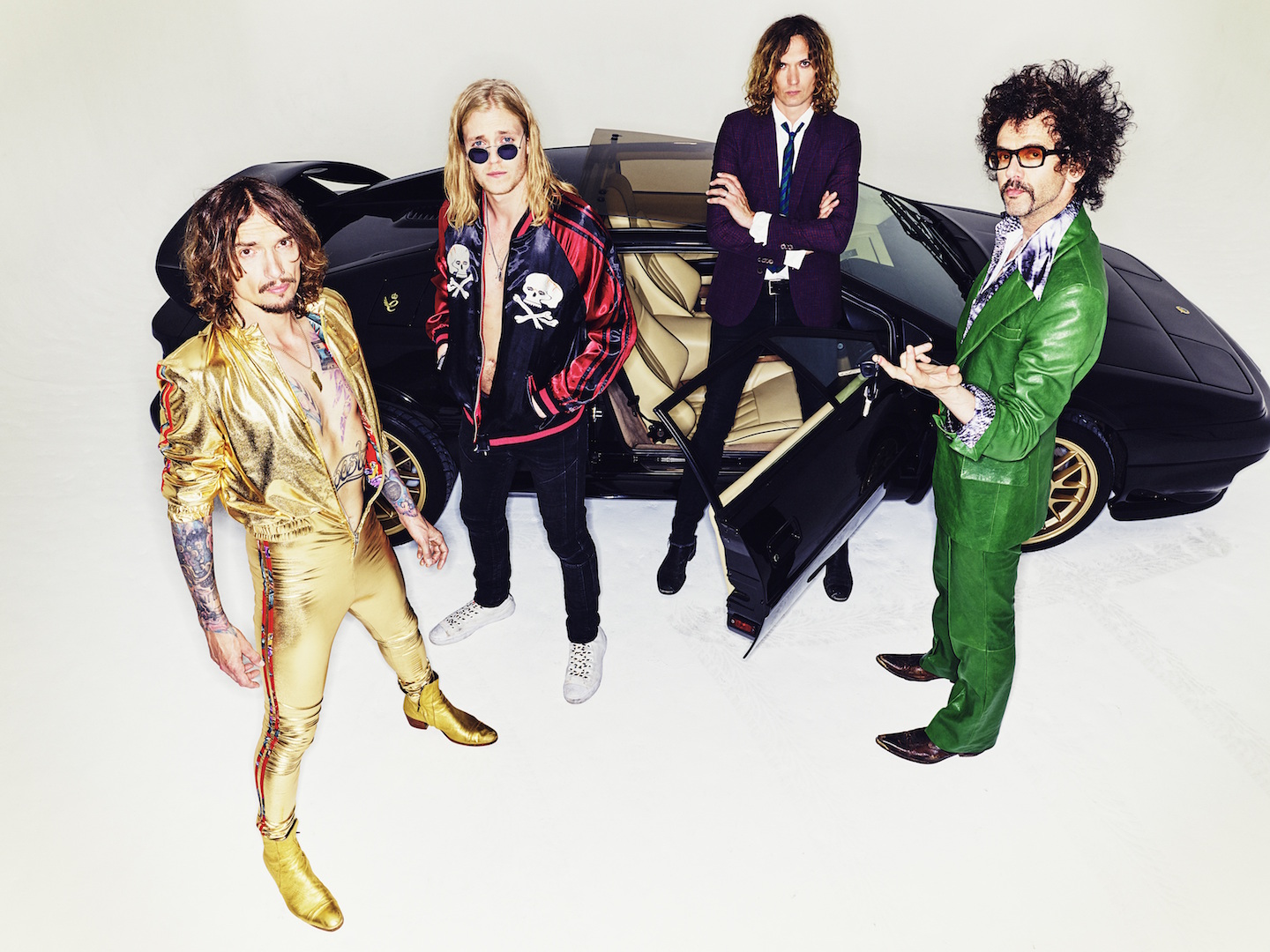 Hailing all the way from the United Kingdom, the spunky group The Darkness takes over Baltimore and gives fans such an energetic show to enjoy.

Right at 9pm the band took the stage as Abba’s song Arrival was the introduction (such a fitting song as they took the stage) to their opening song Open Fire. Out of all the times I’ve got to photograph at Rams Head Live, the lighting hasn’t always been spot on, I personally think The Darkness should play here more often. With a total of seventeen songs left to play, the guys made sure they acknowledged the fans in attendance by having conversations as well as chanting for the folks on the upper balcony to join them below. Three songs into the set normally us photographers have to leave the pit but frontman Justin Hawkins asked the fans if we can have one more song, to make sure we got “everything we needed”. The fans didn’t object so we got to cover one more song and the big jump by Hawkins off the drum kit. With a hefty setlist the band performed many hits including One Way Ticket, All the Pretty Girls & Growing on me, which they closed their set with. After a quick break the band came back out to play a three song encore which included Japanese Prisoner of Love, their most popular single I Believe in a Thing Called Love and officially ended with Love on the Rocks With No Ice.