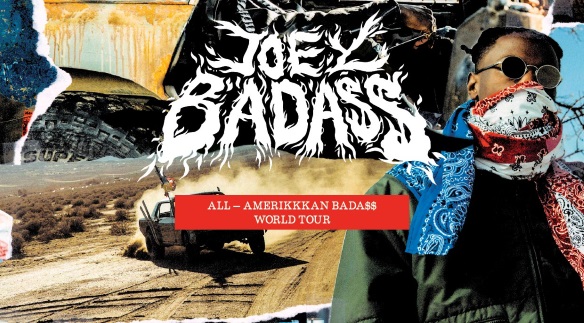 Happy 420! Joey Bada$$ takes over the Fillmore Silver Spring and has a packed house to perform a killer set to. After a few opening acts Joey took the stage, which was set up really cool, featuring siren lights, barbed wire and different lights that matched to the tone of each song played. Currently touring on his latest record All Amerikkan Badass, he played a handful of songs from that new record. Such as Temptation, Rock a Bye Baby and Ring the Alarm. Not only did he play his own songs that were on his 17 song setlist, he also performed covers or performed songs he also was featured on. After breezing through seventeen songs Joey came back out for an encore but only giving fans two songs, he closed the night out with Amerikkan Idol.