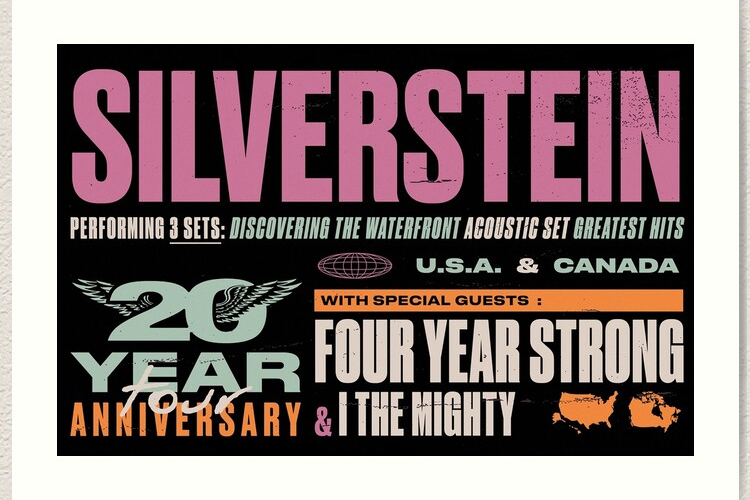 Celebrating 20 Years of being a band, Silverstein embarked on a 20th Anniversary Tour with support from Four Year Strong and I The Mighty. One of the many stops on this tour included Rams Head Live. One of the last concerts they would have their due to the COVID-19 outbreak 🙁

I The Mighty took the stage first and gave a pretty solid set. With them being the first act on the bill of course the setlist wasn’t a full one but with seven songs the guys managed to get the crowd off their feet and at a pretty solid energy level for the next two bands. I The Mighty’s setlist consisted of the following:

Up next was Four Year Strong. I haven’t seen these guys since I think like Warped Tour 2017? or 16? I don’t remember off the top of my head but its been a while and Ive always been a fan because of the energy they give off as they perform. They never disappoint at all. Tonight was one of those nights where I was so stoked to finally be able to see them again and their setlist of course was not disappointing at all. Their setlist consisted of:

It Must Really Suck to Be Four Year Strong Right Now
We All Float Down Here
Get Out of My Head
What the Hell Is a Gigawatt?
Who Cares?
Heroes Get Remembered, Legends Never Die
Learn to Love the Lie
Brain Pain
Maniac (R.O.D.)
Talking Myself in Circles
Go Down in History
Wasting Time (Eternal Summer)

After Four Year Strong and I The Mighty got that crowd as rowdy as they can it was time for Silverstein to take the stage and when they took that stage the guys were in good spirits, smiling ear to ear. Silverstein had the not so typical set planned for their fans in attendance. This is how it went, the band started off getting everyone off their feet and right where they wanted them to be energy wise, then about halfway through the guys slowed it down a bit and performed a handful of songs Acoustically as a band. After the guys slowed things down they got back into the full band set and performed the Discovering the Waterfront record in full to end the full set of twenty six songs. Silverstein also took the stage one last time to perform an encore before officially ending the night. Check out the set list below: