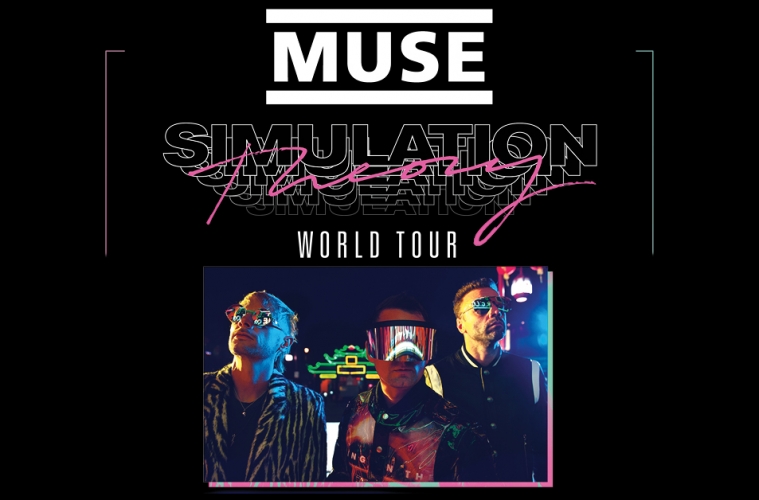 Nearly a sold out show, the Muse took over DC and gave their DMV fans one hell of a show. The last time Muse came to Capital One Arena was a few years ago and their stage was set up in the round with massive drones hanging from the rafters. This time they had a massive catwalk and a massive stage with the top notch production.  The night started with a squad of trumpets surrounding the end of the catwalk as front man Matt Bellamy rose from underneath the stage as the band opened up with Algorithm (a shortened version) . The fans instantly went crazy, the sold out general admission floor jumped up and down.  Muse then proceeded into the second song of the night which was Pressure.

I swear each time I see Muse they never disappoint one bit. Not only do they have some killer songs from their lengthy discography but the production is one of the best productions I’ve seen this year to be totally honest. Muse gave their dedicated fans a twenty one song set list that contained hit after hit, whether it is older material or their newer material. To name off a few songs played throughout the night included Psycho, Uprising, Supermassive Black Hole, Madness, Hysteria, Break it to me and ended their set with Starlight. Not only did they play their usual material that everyone enjoyed without a doubt the guys also put a little spin on some of their songs, such as adding AC/DC’s Back in Black as their outro during Hysteria, they also had an Acoustic Gospel version of Dig Down.

At one point during their set a giant robotic monster thing came out from the main stage and that was pretty rad not gonna lie. After closing out their set with Starlight, the band left the stage as the fans grew louder and louder. Of course you already know that the encore was going to happen. A song that was played from a tape began to play, which was SST Interstitial, and then the band came back out playing the extended version of Algorithm. Muse continued their encore with a medley of Stockholm Syndrome/Asassin/Reapers/The Handler/and New Born with an outro of The Deftones Headup. Muse finally ended their set with Ennio Morricone’s Man with a Harmonica as their intro into closing the night with Kings of Cydonia.