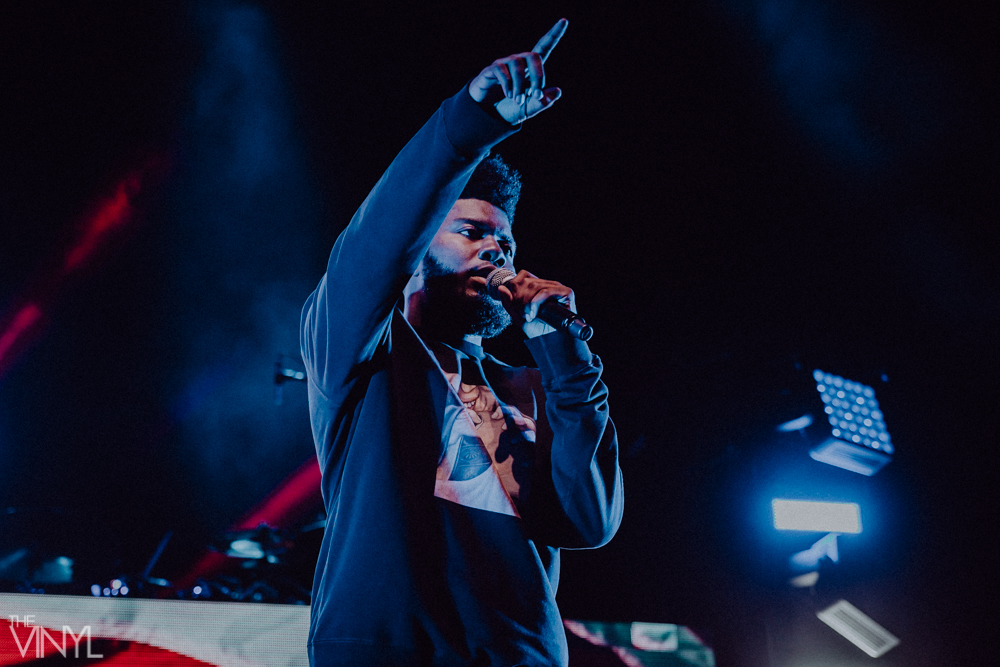 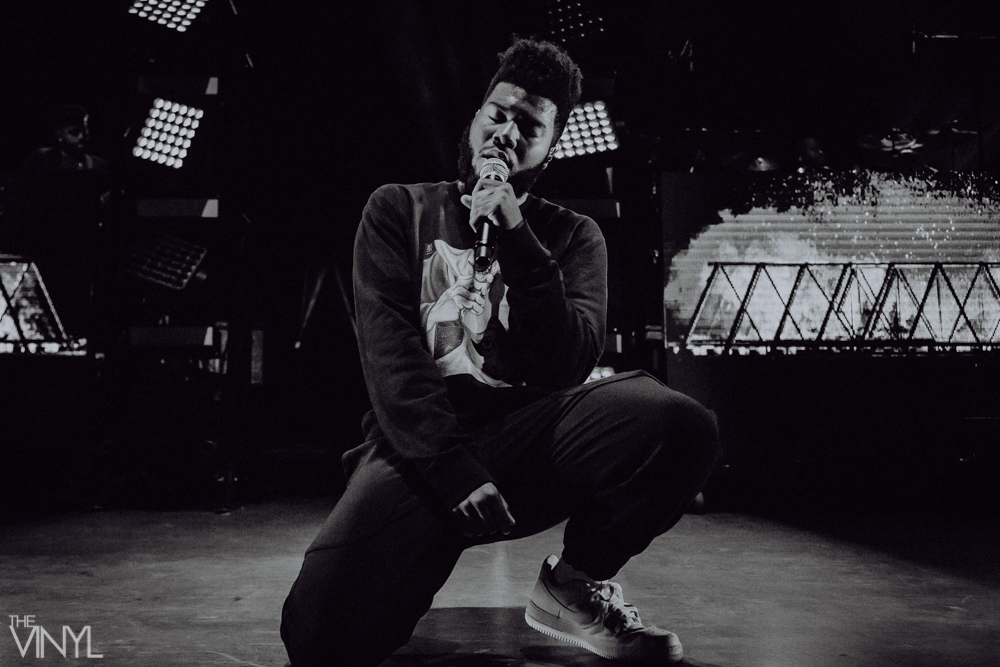 Photo by Curtis Vadnais for The Vinyl

Up-and-coming R&B superstar Khalid brought his American Teen Tour to Santa Barbara Bowl in Santa Barbara, California last night for one final stop in Southern California. The El Paso, Texas native released his debut single, “Location,” just last Fall and the hit became certified platinum. At just 19 years old, he embarked on his tour in support of the album mid-July after the high success of his sold-out Location Tour in the beginning of the year. He’s received several praises from fellow celebrities and critics alike. Khalid was recently voted for the Best New Artist award at the 2017 MTV Video Music Awards in Inglewood, California, and it was a clearly a well-deserved win.

Khalid kicked off the show with title hit, “American Teen.” Covered in a plethora of strobe lights and synths, the breakout star emerged from the right side of the stage, not missing a beat as he proceeded into a 17-song setlist. Surrounded by a set of cheerleaders and two massive LED screens that boasted stunningly colorful visuals, he kept the crowd pumped with hits off his latest release including “Let’s Go,” “8TEEN,” “Cold Blooded,” and Marshmello-featured “Silence.”

Khalid took the time to dim the production by slowing things down with “Angels,” grabbing just a bar stool for what he claimed to be his favorite song off the record. The penned hit was clearly a more personal tune for the lyricist, publicly showcasing his spiritual background. “How you doing, Santa Barbara? Sing this out with me!” Khalid exclaimed with a myriad of cell phone camera lights illuminating the Bowl, as he went on to perform fan-favorite and Billboard hit single, “Location.” Clocking at just 65 minutes, he returned to the stage for an encore performance of teen anthem “Young, Dumb & Broke.”

Check out our full gallery from the show here! Watch the official video for Khalid’s latest single, “Young, Dumb & Broke” below.