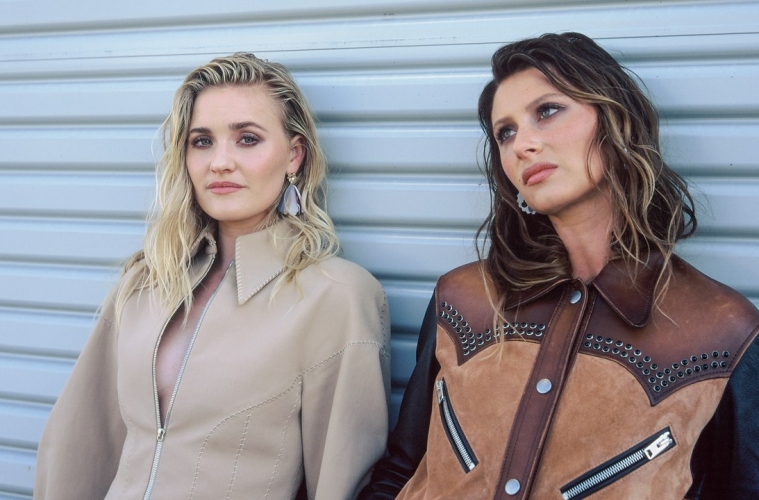 Go Live: If I could tell my Pre-teen self that I got to photograph Aly & AJ, I probably wouldn’t believe it!

Aly & AJ are a blast from the past for most fans in attendance here at the Fillmore Silver Spring. You may remember these girls from Disney channel, but they’re back following their music roots and honestly I couldn’t be anymore excited.

Currently on tour supporting their latest record, Sanctuary. The girls have been in the entertainment industry for quite some time now. From Disney Channel teen stars to now (STILL) insanely talented adults in the entertainment industry they have proved their growth as artists. The sisters opened their set with Church, then swiftly moved into Star Maps. The girls setlist was full of insanely amazing songs. Not just the lyrics but the music that went along with it had everyone in attendance dancing.

The girls had a fourteen song setlist, which didn’t include the encore at the end. To name a few songs played included Chemicals React, Promises, Not Ready to Break Up, Like Whoa and they ended the set with Rush. After such an amazing set the girls then came back out to perform a few more songs for the fans. The first song of the encore was a cover of Kacey Musgraves’ Slow Burn, then transitions into No One. Aly & AJ then closed out the night with Sanctuary and of course one of the songs I personally loved in my younger days, Potential Breakup Song!