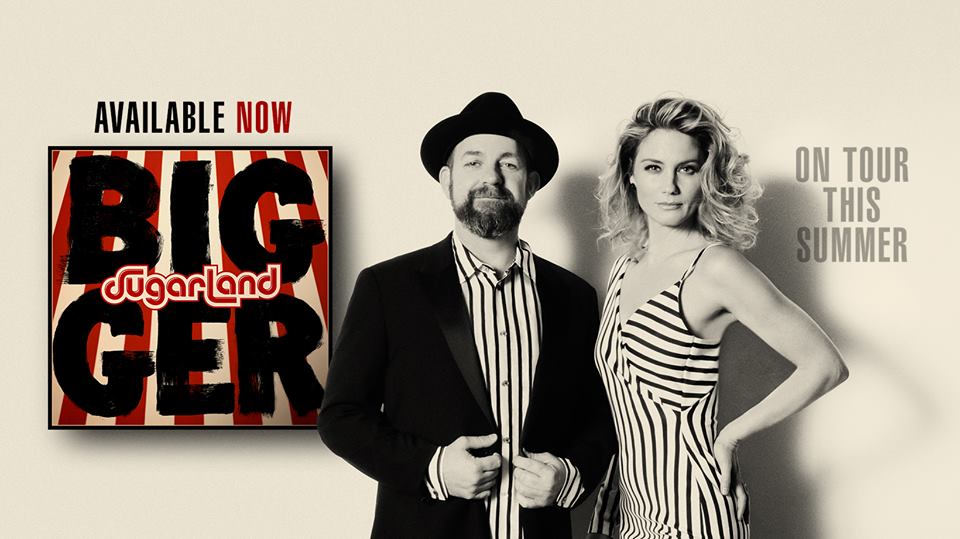 GO LIVE: Country Duo, Sugarland comes back BIGGER than ever!

For what was supposed to be a super hot day, turned into a nice night at Merriweather Post Pavilion. The pavilion was hosting country-duo Sugarland, who’s currently touring in support of their latest record, Bigger.

Around 9:25 at night, a huge white curtain displayed two silhouettes of Jennifer Nettles and Kristian Bush. The duo opened up with one of their singles from the record called Bigger. Sugarland is back and better than ever as both Nettles & Bush took time to seek solo paths and personal time. Their setlist was jam packed full of new tunes and some of the older material which personally was my favorite.

Twenty three songs were included in the setlist, immediately into their set the played a few of their biggest hits such as All I Want to Do, Stuck Like Glue and Already Gone. Some newer songs that they incorporated into their setlist were Bird in a Cage and Let Me Remind You. My absolute favorite song throughout their whole set was their most recent single Babe which features Taylor Swift (yes, I’m a huge Swift fan).

Not only did Sugarland bang out some incredible songs from their whole discography ranging from 2004-present they also covered Patty Griffins ‘Tony’, incorporated a medley of songs which started out with their song On A Roll then transformed into We Want the Funk, Billie Jean and Express Yourself. They ended their set with huge smiles on their faces from the feedback of the fans in attendance. Sugarland closes out their set with a cover of Labelle’s Lady Marmalade.