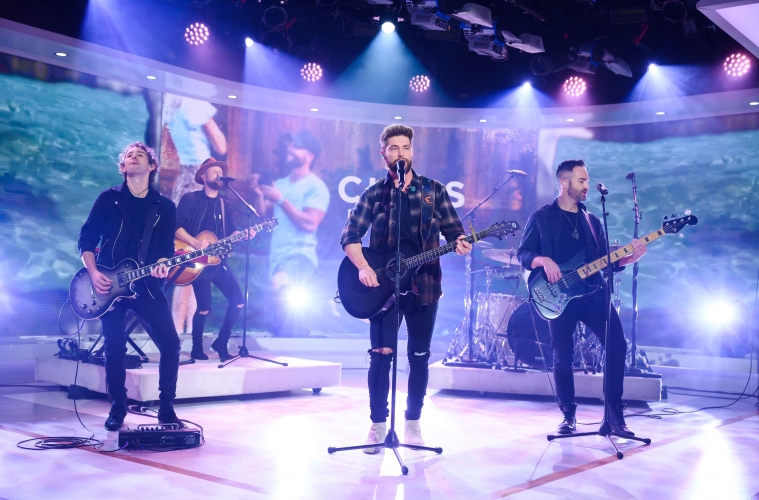 GO LIVE: Chris Lane has Big Big Plans to Sell out The Fillmore Silver Spring! (and he succeeds)

Chris Lane had Big Big Plans to sell out The Fillmore Silver Spring, and he in fact did!

Currently headlining the Big Big Plans Tour, Chris Lane and his tour package has been selling out shows left and right. With support from Mackenzie Porter, Ernest and Blanco Brown, Lane has packed so many clubs its unreal. The opening acts on this tour are a must see, they all bring different vibes and different energies. Plus they really know how to warm up a crowd.

After some pretty great support it was finally time for Chris Lane to take the stage. The giant led screen behind the band lit up so bright, and then Lane took the stage right dead center stage. Lane performed a handful of hits whether it was off of his latest record Laps around the Sun or Girl Problems. To be particular, a few songs Lane performed included I Don’t Know About You, Fix, Let Me Love You, Fishin’,  and Drunk Peeps.  We also got to sit down and chat with Chris before the show and he revealed that his Big Big Plans (a song written to propose to now-wife Lauren) was one of the biggest singles he has had in his career. So of course you already know that was one of songs that got sang back to him at the loudest.

Chris Lane is currently still on his headlining tour through February then immediately he will be hoping on Kane Browns upcoming tour so if you get a chance to catch Chris at either shows its HIGHLY recommended. This guy can sure put on one hell of a good show.