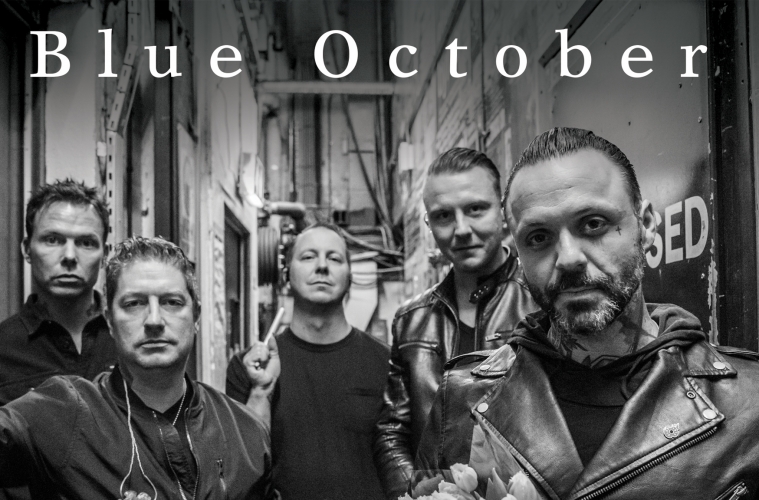 Blue October makes a stop in Baltimore MD and nearly sells the damn place out.

Baltimore Soundstage a venue right in Baltimore MD was packed front to back and side to side for the Houston natives, Blue October. After a jam session from the support band, it was time for Blue October and the fans were getting super anxious. The band came out and the screams grew louder and louder. To be quite honest I was the only photographer and I must give a huge thank you to the guys for making the first three songs a blast! Such a photogenic group of guys!

Blue October opened their set with Coal Makes Diamonds. I am 99.99% positive that every fan in attendance knew every word to every song, whether it was their older material or the newer material. Blue October played a fairly decently set. Their set list consisted of fourteen songs such as Bleed Out, Into the Ocean, Home, A Quiet Mind, and Things We Do at Night and they ended the last song of the night with Hate Me. The fans stayed put and the band came back for an encore. The crowd grew even louder than when the fans took the stage the first time. Their encore consisted of four songs. Those songs were PRN, I Will Follow You, Fear and they officially ended the night with I Hope You’re Happy.