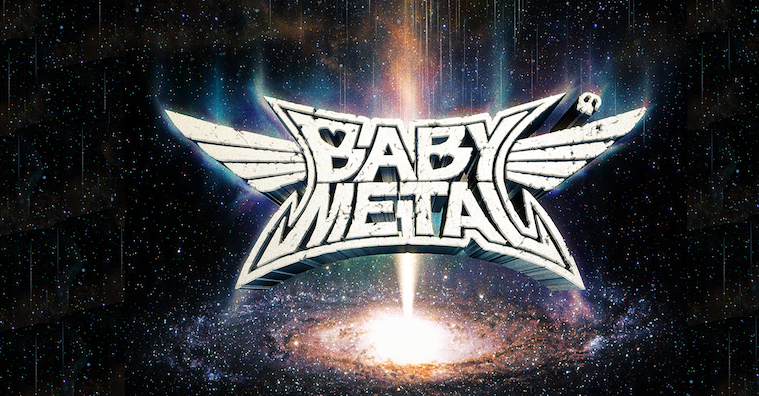 My excitement for this show has been high on the meter since it had been announced in early May of this year. I discovered BABYMETAL about four or five years ago, after watching a “YouTubers React” video (found here: https://www.youtube.com/watch?v=PeARpcDimx4).  BABYMETAL is huge in most countries, but I feel like the U.S. is one of the last holdouts.  These girls sell out stadiums to the hundreds of thousands of fans.  Video of their crowds have me awestruck at the sheer size, especially when they’re all jumping in unison to the music.

For those that are not familiar with the band, it consists of three girls doing vocals and dance, backed by heavy metal instrumentation. They were hand-selected and “manufactured” to mesh together J-pop and heavy metal genres to create their own genre known as “kawaii metal” (aka “cute metal”).  The two original members are Su-metal (Suzuka Nakamoto) and Moametal (Moa Kikuchi) with the third member rotating between three girls while on tour. (Momoko Okazaki was performing as the third for the Anthem show.)
– – – – – – – – – – – – – – – – – – – – – – – – – – – – – – – – – – –
I arrived as the doors opened at the Anthem and had to wait in line to get in, which is pretty unusual for the entrance that I use. People showed up super early in order to grab limited merch for sale, one item being a graphic novel about the band.
Avatar was the supporting act of the night.  I had not seen them before or heard their music, so I wasn’t sure what to expect.  Those that know Avatar are aware that they hail from Gothenburg, Sweden.
The band, itself, has a circus or carnival freak show vibe, even down to their costumes. The ringleader is lead singer Johannes Eckerström, who wears greasepaint in the semblance of a harlequin mixed with a little bit of “The Crow.” Complete with top hat, tails, and twirling cane, he leads you through a rollercoaster ride of metal and entertainment. I truly enjoyed his large gestures and antics as he made his way back and forth across the stage. With a simple backdrop of their name in lights, these musicians enthralled the crowd.  They have charisma and music chops that just draw you in. (I’ve already decided that I want to see Avatar the next time they come to the area. They were that fun to watch and listen to.)

Next up, the crowd waited for BABYMETAL to take the stage. With three large risers at the front of the stage, the show opened with an LED backdrop with a video telling the history of BABYMETAL and how the music sensation is taking the world by storm.
The girls took the stage and immediately went into “Megitsune,” using the same dance moves from the music video.  “Megitsune” is a song about fox-girls with twin ponytails, which is basically the embodiment of the band.  At an instrumental point of the song, the girls approached the risers with the lead vocalist Su-metal covering her face with a fox mask.  She greeted the audience with a loud “Heyyy, DC! Are you ready to jump?!”  She then tossed the fox mask as she and the girls went into the rest of the song and dance, throwing their trademark fox signs (instead of devil horns).
The second song they played is one of their newest songs, “Elevator Girl.”  It has a lot more English mixed in, compared to their other songs, but I heard fans singing along in both languages throughout the show.
The girls kept high energy throughout the show.  Part of this was possible because there was a video interlude during the middle of the show where they played “Future Metal.”  During that time, the audience took up the chant, “BABYMETAL! BABYMETAL!!!”
Overall, it seems that the girls won out the entire crowd with their effervescent performance.  I loved every minute of it!  I hope to see them perform again very soon.