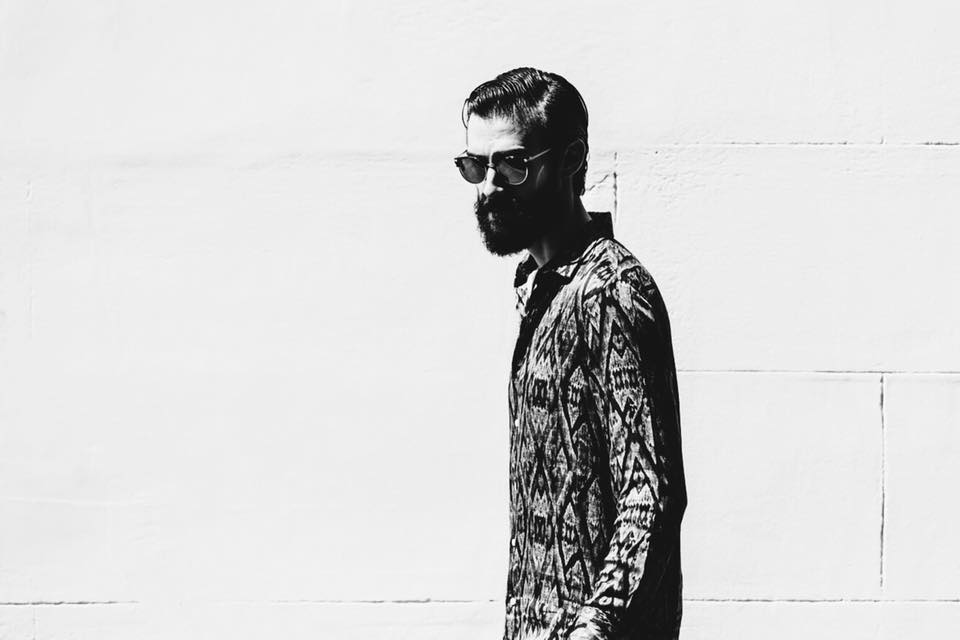 KINGDM, a producer/artist born and raised in Italy sat down and answered a few questions about future goals he has as an artist, how he got started in this industry and also about the writing and recording process he goes through!

The Vinyl: Can you introduce yourself to those who aren’t quite familiar with you?

KINGDM: I’m a music producer/artist. I was born and raised in Italy but started traveling as a teenager around the world. I currently live between LA and Milan.

TV: How did KINGDM start? What inspired you to take on being a musician as a career?

KINGDM:For a few years I worked on my craft as a producer and songrwriter, spending most of my time in the studio. When I moved to LA I started collaborating with lots of songwriters and producers, I was doing 2/3 sessions per day writing songs for others. I learned a lot from the experience and had the pleasure to work with some incredible people. But one day I woke up and knew that something wasn’t right anymore. I wasn’t really into the music I was creating, I kind of of lost my authenticity. So I took a trip back to Europe where I locked myself in the studio again creating alone. Months after I met my good friend Reuben James in LA. That summer he flew to Italy a few times to work on music together and something incredible clicked. We wrote so many songs in such a short amount of time and one of them was Can’t get over you. When we finished it I knew right away that would have been the debut single of my artist project and things from there moved spontaneously. I always wanted to be in music since I was a kid and maintained the vivid dream and goal of being an artist throughout my life.

TV: You just recently released a new single called Your Love, that also features Reo Cragun and Soran, what was the writing and recording process like with them?

KINGDM: I wrote the song with Reuben a couple of years ago than sat on it for a while. When I decided to release it I came across Soran on Youtube and I was blown away by his talent and voice. I flew him to LA where we recorded his vocals. Around the same time I met Reo Cragun at Capitol. We were both recording over there for a while but never crossed paths before. He’s incredible! When we got int the studio he freestyled a verse on Your Love and it was pretty much done in a few minutes.

TV: Your music has a mixture of various sounds (in a good way that is) which makes it so unique, what’s the process like for you when it comes to contrasting differences styles of music and bringing them together?

KINGDM: It’s never the same process when it comes to writing and producing. Many times I start producing a song and then change genre and style completely and abruptly. Other times I get inspiration from songs I’m listening to or a combination of them. It really varies.

TV: Do you have plans to make a full length record?

KINGDM: Yes, I’ve been working on it for a while and planning to release it next year.

TV: Is there a certain style/sound of music you’re going to give off on this new record?

KINGDM: There are different styles in it, I like to explore and I don’t wanna confine myself into a specific genre. You are gonna hear some disco/funk influences combined with Hip Hop, House and Garage.

KINGDM: I want to release 4 more songs in 2018 and a couple of music videos. I’m going to start performing and touring around fall 2018 and throughout 2019 when my album is going to be released.

KINGDM: It has massively impacted the music business and everyone in it. I remember when I started to do music there wasn’t much going on on the internet until Myspace came around and that changed everything. I see social media as an opportunity for creators to be directly in touch with the public and with their fans. From my experience, that’s the best part of it. Connecting with your fans on a personal level, hearing their stories and being able to affect their lives not only through music but through advising and guidance.

TV: Anything you’d like to share/say to your fans and the world?

KINGDM: Follow what you are really passionate about and take appropriate time to find out what it is, keep pushing through without letting other people opinion’s affecting you, follow your gut feelings, remember to keep a balance in your life between your career and relationships with the ones you love.

TO KEEP UP WITH KINGDM AND WHAT HES UP TO NOW AND IN THE FUTURE CHECK THE LINKS BELOW:
http://itskingdm.com
instagram.com/itskingdm
twitter.com/itskingdm