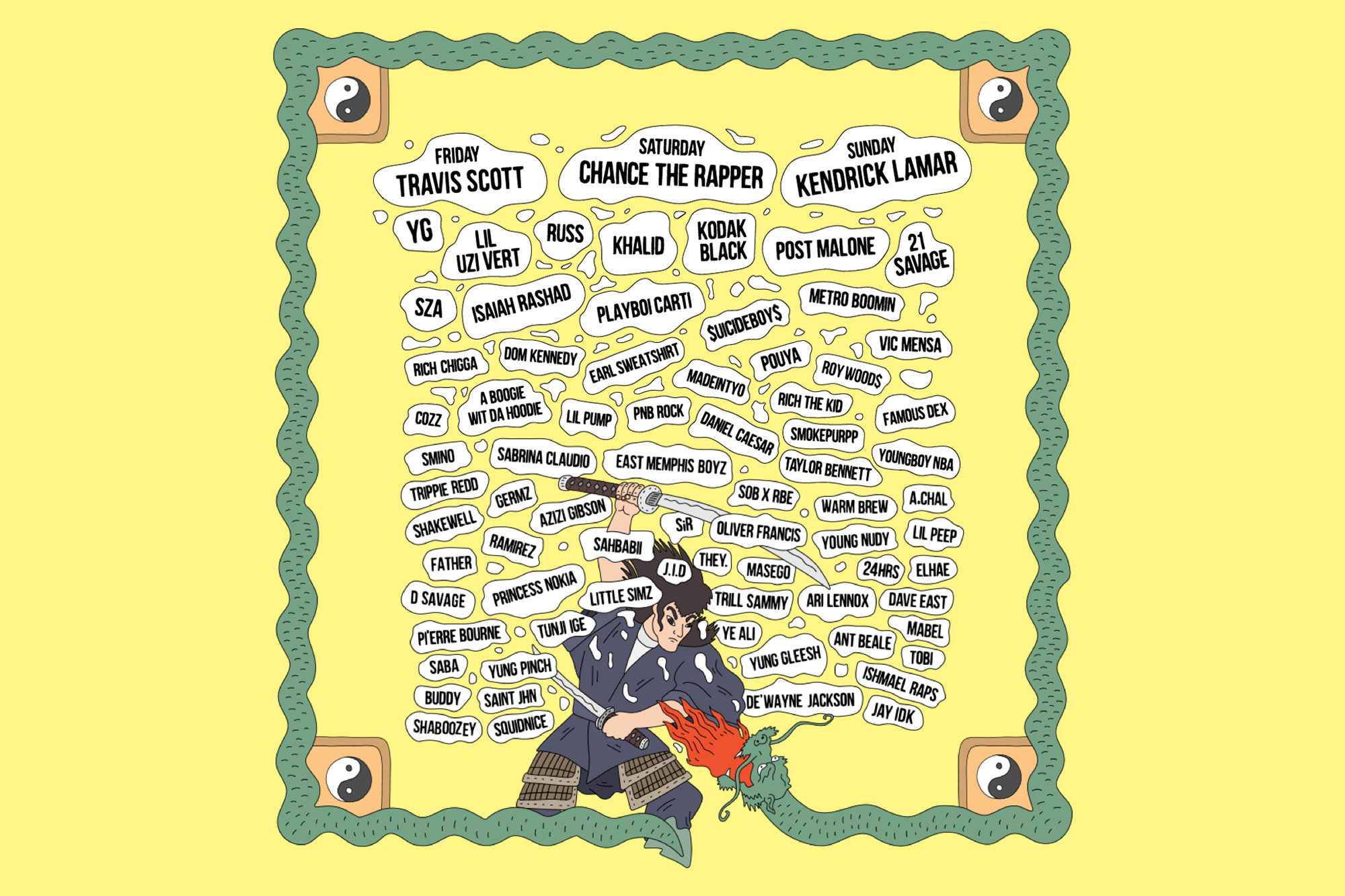 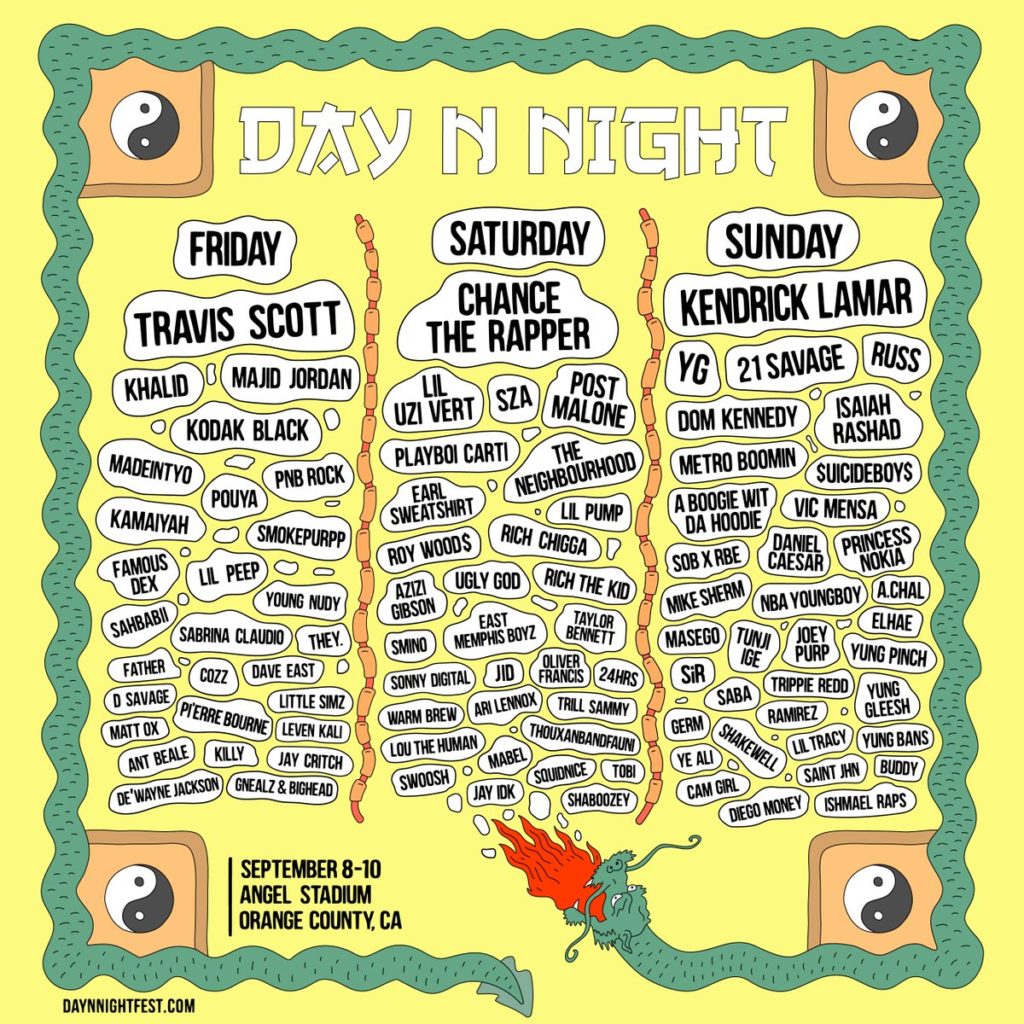 Day N’ Night Festival, hosted by The Observatory Orange County, will host its second year at Angel Stadium in Anaheim, California on September 8 through September 10, 2017.

This year’s lineup features a plethora of incredible artists, both fresh and returning, topping the roster including sensational hip-hop/R&B headliners Travis Scott, Chance the Rapper, and Kendrick Lamar. Other performers to make the bill are up-and-coming R&B heartthrob Khalid, Kodak Black, Playboi Carter, Post Malone, and much more!

Day N’ Night resulted in a huge success for its first year last year at Oak Canyon Park in Silverado, California. With an even larger roster of artists and significant venue change, it’s shaping up to have another spectacular year and is expected to draw crowds from all across California, especially residents of Orange County and Los Angeles. Tickets are still available, but are expected to sell out soon—don’t sleep on this incredible lineup! Three-day general admission passes start at $299, with VIP passes starting at $475.

Single day passes are also available and can be purchased at www.daynnightfest.com.