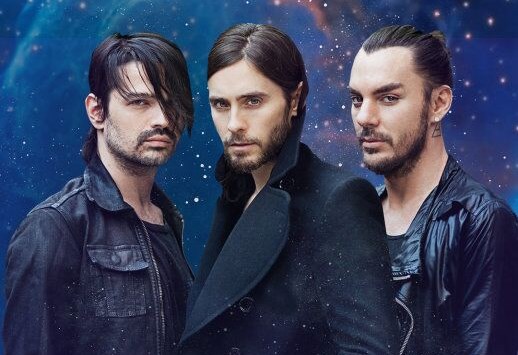 30 Seconds to Mars Walks on Water

After touring across North America and around the world this summer on a sold out tour and teasing eager fans about upcoming music releases, THIRTY SECONDS TO MARS released a new song this past week  for the first time in four years.  Available globally on all digital retail and streaming sites, “Walk On Water” marks the first single from the multi-platinum selling band’s highly anticipated forthcoming fifth studio album. “Walk On Water” will have its world television debut in a can’t-miss performance on this year’s MTV VMAs on August 27th, 2017.   The song features a sweeping chorus as a call to arms that embodies the spirit of elite athletes, which made it a natural fit for the band, and in collaboration with ESPN, to use “Walk On Water” on ESPN’s college football programming for the 2017 season.  The band’s latest single is slated to be used across a variety of shows, promotions and games on ESPN’s college football platforms—television and digital.