The NHL is ready to go all out for this weekends LA All-Star Game presented by Honda. NHL announced Monday today’s chart toppers, Nick Jonas, Fifth Harmony and Carly Rae Jepsen have joined the lineup for upcoming All-Star Game festivities this Sunday. The acts will join alongside John Legend, Robin Thicke, John Ondrasik of Five for Fighting, as well as actor Jon Hamm, who is serving as host for the show.

“We are excited for Nick Jonas, Fifth Harmony and Carly Rae Jepsen’s all-star game performances for our fans in L.A and those watching around the world.” – Steve Mayer, NHL chief content officer and executive vice president.

Jonas will have a live performance during the second intermission. 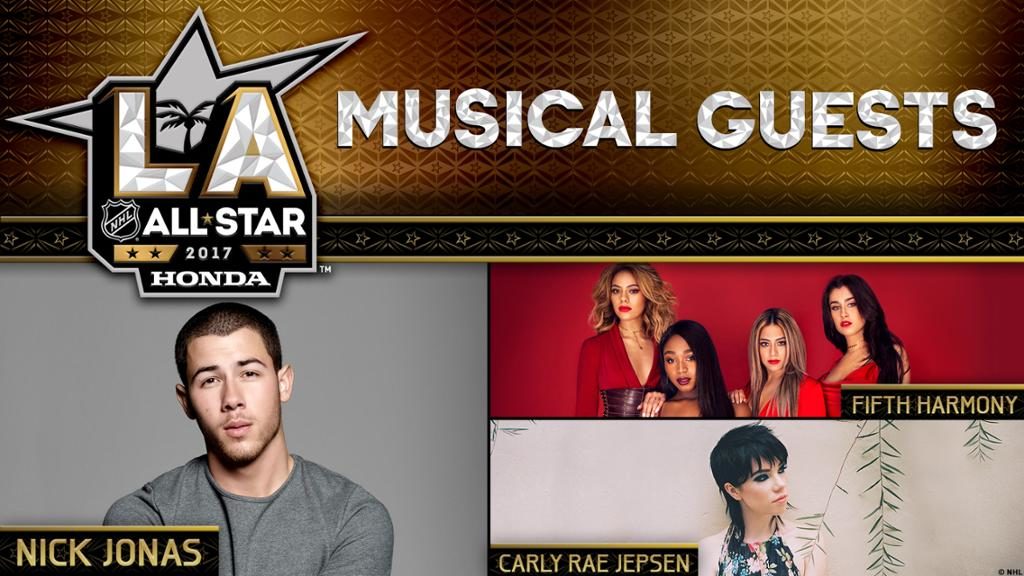