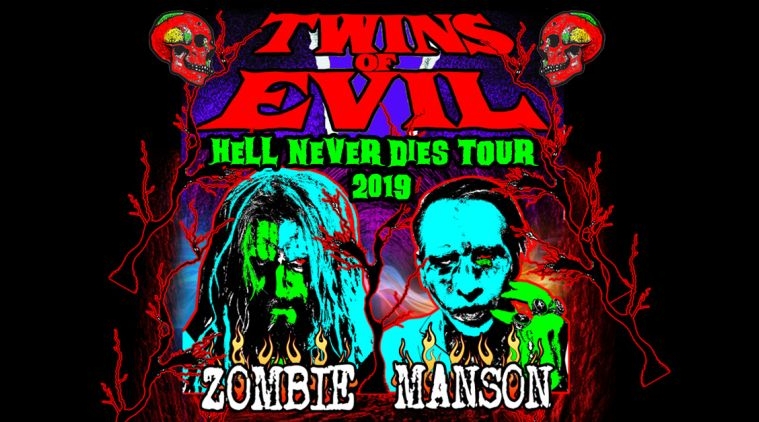 The 2019 Twins of Evil Tour featuring Rob Zombie and Marilyn Manson kicked off it’s first night in Baltimore, Maryland at Royal Farms Arena. The two titans of industrial metal were supported by the rock band Palaye Royale. Manson and Zombie are no strangers to elaborate stage setups and this year is no different. Manson started his set from behind a black curtain on top of an extending version of stilts that gave him an eerie presence as he looked down through the fog. It seemed that his injury last year hasn’t slowed him down a bit as he made several costume and prop changes. Manson’s setlist was comprised of his hits such as The Dope Show, This is the New Shit, and he wrapped it all with an encore with The Beautiful People. Rob Zombie closed the night with a setlist full of fan favorites like Dragula, Living Dead Girl, and Helter Skelter as well as some of his old White Zombie material. The stage was surrounded by multiple screens that displayed video of serial killers, footage from his incredible horror films, and nude women. Zombie’s set changed the tempo of the night with a blast of lights, balloons, and energy. He was joined on stage by a few huge character props throughout the set and took his signature crowd walk around the venue as John Five played his killer guitar solo. Don’t miss the opportunity to see this awesome tour with a great opening act.