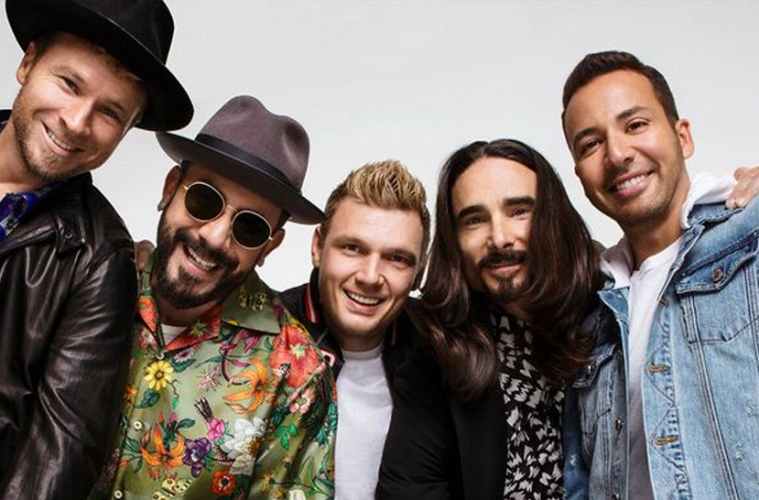 Go Live: Back Street Boys ARE BACK!!!! And they brought their tour to South Florida

alyssa howellSeptember 24, 2019
CoverageGo LiveReviewsSpotlight
On Friday August 23, the Backstreet Boys arrived in South Florida to play for a sold out crowd at the BB&T Center. Baylee Littrell kicked things off for the early crowd, and knew how to kickstart the night.

The arena was already pretty packed despite it being somewhat an early show on a Friday. Girls were decked out in BSB merch, both official gear and homemade. Signs, hats, shirts and banners could be seen throughout the venue. Backstreet’s massive stage resembled one that is seen at an awards show. The middle of the stage had a place for the night’s biggest fans, who were in an area between the main stage and the pointed catwalk where they would always be surrounded by the boy band no matter where they hit the stage.
Needless to say, it was an unforgettable night. The setlist featured songs from their new DNA album, and a concoction of their classics. The Backstreet Boys proved that they are definitely back, and it’s clear they have no plans of stopping now. Toward the end of the night, the guys put on Panther’s jerseys to perform their final songs, recent hit “Don’t Go Breaking My Heart” and “Larger Than Life.”